Republic of Ireland captain Katie McCabe has been named the Women's Super League Player of the Month.

McCabe has been in brilliant form for Arsenal, who are top of the table having won five games out of five.

In October she scored twice, including a brilliant effort in the Gunners' 3-0 win over Everton, while generally excelling on the left flank.

Last weekend McCabe helped Arsenal book their place in the FA Cup final with a 3-0 defeat of Brighton and Hove Albion.

The Dubliner has also been superb for her country. She was a major influence in the crucial 2-1 win in Finland which gave Ireland three precious points as they look to seal at least a play-off spot for the 2023 World Cup.

Loves to score a screamer 🔥 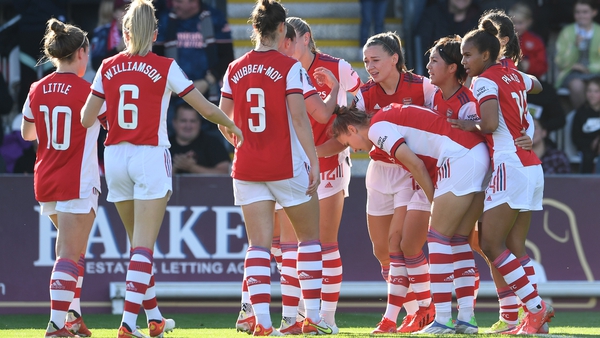 WSL round-up: McCabe scores another stunner, Quinn off the mark