Dundee manager James McPake has confirmed that Cillian Sheridan's season is all but over after the striker ruptured his Achilles tendon.

The 32-year-old Cavan native was stretchered off during last weekend’s win away to St Mirren and the full extent of the injury has now been confirmed.

McPake lamented the loss of a summer signing he felt was just starting to get up to speed. 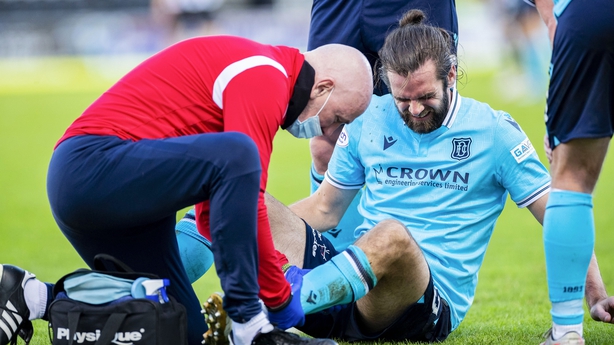 He said: "It’s a really unfortunate one for Cillian. He had got himself to a level of fitness.

"I thought he was excellent at St Mirren last week, a real focal point, and stretched the game for us. It’s a nasty one.

"We’ll get him right and back because he’s a really good character to have about the place as well. It’s an unfortunate one."

Sheridan, who won three Ireland caps, joined Dundee from Polish side Wisla Plock on a two-year deal in the off-season.

Thanks for all the messages folks, ruptured my Achilles tendon (turns out isn't a great thing to do). On a positive note though, once I come back I’m told it will be renamed the Acillians Tendon ™ pic.twitter.com/vVzTqV9NTY