Atalanta manager Gian Piero Gasperini laughed off the notion that Cristiano Ronaldo has been to blame for Manchester United's inconsistent form after the 36-year-old scored another late goal against his club in the Champions League on Tuesday night.

Ronaldo has scored in all four Champions League games in group F so far, with five goals in total including his double in the 2-2 draw in Bergamo, and has a further four goals from seven Premier League outings.

He brought United level on the stroke of half-time before his magnificently executed volley from the edge of the box stole a point for United at the end. 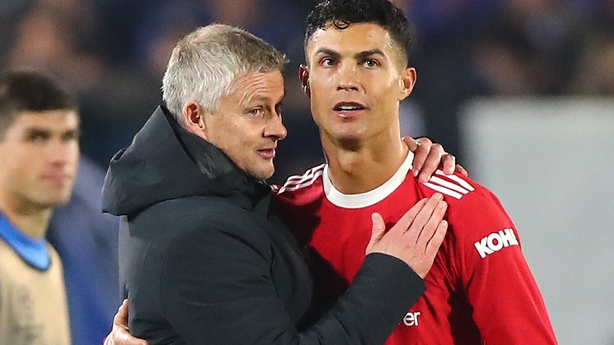 Atalanta were understandably dejected at seeing what would have been a famous victory slip out of their hands in the final minutes of the game.

The Serie A side had led twice on Tuesday but left with just a point, having let a two-goal lead slip at Old Trafford last month when Ronaldo grabbed the 81st minute winner in a 3-2 victory.

"In the Champions League, great players can change a game that you deserved to win and then don’t. A third goal would’ve killed it, that was the case in Manchester too, and we certainly had the chances to go 3-1 up in both games," said Gasperini.