Barcelona moved above Benfica into second place in Group E with a 1-0 win at Dynamo Kiev in the Champions League on Tuesday night.

Ansu Fati claimed the winner 20 minutes from time with a sweetly-struck half-volley as the Catalan giants, who had begun the group with two defeats, move onto six points with two matchdays to go.

Robert Lewandowski bagged a hat-trick as Bayern Munich beat Benfica 5-2 to maintain their 100% record in the group.

Lewandowski opened the scoring on his 100th appearance in the competition and then set up Serge Gnabry's cheeky backheel.

Morato halved the deficit before half-time, but Leroy Sane and Lewandowski put Bayern in cruise control.

Villarreal are level on points with United in Group F after beating Young Boys 2-0 with Etienne Capoue and Arnaut Danjuma on target for the Yellow Submarine.

Juventus stay top of Group H after beating Zenit St Petersburg 4-2 to book their place in the knockout stage of the competition.

Paulo Dybala, wearing the armband on his 50th appearance in the Champions League, gave Juventus an 11th-minute lead before Leonard Bonucci put through his own net with a looping header.

Dybala's penalty restored Juventus' lead before goals from Federico Chiesa and Alvaro Morata secured a fourth successive group win for the Turin side.

Chelsea completed a double over Malmo with a hard-fought 1-0 win in Sweden.

Hakim Ziyech struck the 56th-minute winner in what was a much tougher game for the holders than their Stamford Bridge clash two weeks ago.

Lukas Nmecha struck a stunning winner on the hour for Wolfsburg.

Lille moved into second spot with a 2-1 win away to Sevilla.

Lucas Ocampos swept Sevilla into a 15th-minute lead, but Jonathan David equalised from the penalty spot after Thomas Delaney brought down Jonathan Bamba. 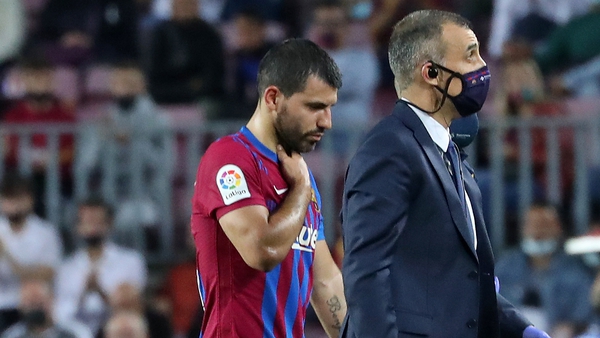