By David Sneyd at Tallaght Stadium

It was the least they could do.

The early glut allowed the buoyant Hoops faithful to enjoy the procession and maintain the party mood following a season in which Stephen Bradley's men made a habit of doing things the hard way with late goals.

Eighteen-year-old academy graduate Aidomo Emakhu even made sure that habit continued with the third to seal the deal on 88 minutes.

Rovers secured 19 points from nine games in which they trailed this term and made it their trademark to stun opponents with late goals.

St Patrick’s Athletic (twice), Longford Town (three times), Drogheda United and Sligo Rovers have all suffered at the death as the champions maintained a stranglehold on their crown.

And make no mistake they sit atop of the League of Ireland throne with no equals – their coronation confirmed with three fixtures remaining thanks to the brilliance of Mandroiu.

Perhaps it was fitting that the winter signing from bitter rivals Bohemians was the man to get the party started.

The Dubliner, a former Republic of Ireland Under-21 international who was given a taste of the senior squad by Stephen Kenny in their summer training camp, arrived with big shoes to fill.

Jack Byrne, Rovers' playmaker supreme and talisman in the centre of the pitch, departed alongside his influential midfield partner Aaron McEneff.

In came Mandroiu, burdened by a move across the city and also the expectation that he would deliver.

Danny Mandroiu gets Shamrock Rovers off to a dream start! They lead Finn Harps 1-0.

His 11th and 12th goals of the season secured Rovers’ 19th League of Ireland championship. Both showed his array of talents.

The first arrived in the fourth minute when an angled pass from right wing back Sean Gannon was allowed travel 25 yards. It landed in the gap between Finn Harps’ centre backs and Mandroiu, who turned 23 earlier this month, was alive to the opportunity.

His first touch amid the pouring rain was sublime, taking the ball into his stride and allowing him to round goalkeeper Mark McGinley before calmly slotting into the empty goal.

The flares were set off and the decibel level in a raucous Tallaght Stadium went up a notch as the song book was joyously flicked through. No page was left unturned.

Rovers fans were denied seeing their heroes cruise to last year’s title in an unbeaten 18-game abridged season, the Covid-19 pandemic locking supporters out and forcing the shortened campaign.

This time, on a Friday night under the lights and with 7,030 in attendance, things felt back to how they should be.

Rovers’ win was in no doubt when Mandroiu stooped low to glance a gorgeous header into the far right corner from Dylan Watts’ cross in the 24th minute.

Harps, fighting a battle of their own to avoid the relegation/promotion play-off, then set about digging deep to avoid a trouncing and not allow their goal difference take a hit.

Substitute Aidomo Emakhu capped off a brilliant night for Shamrock Rovers by scoring their third goal late on. They are league champions for a record 19th time. #RTESoccer

Considering they’re in a three-way battle with Dundalk and Waterford to avoid the drop, such game-management was required, especially with a home game against Drogheda United on Monday.

The Hoops had two penalty appeals turned down after the break but Emakhu netted his first league goal by rounding McGinley to put some gloss on the night.

It was one which belonged to Shamrock Rovers, champions of Ireland yet again. 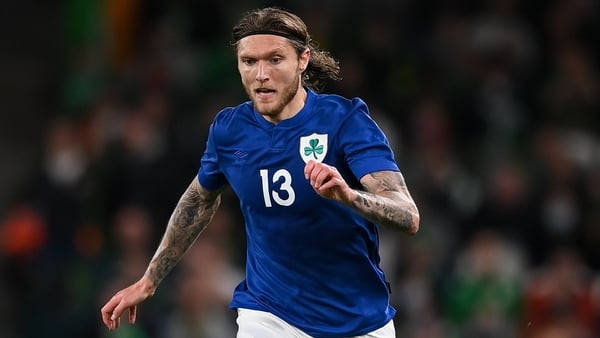 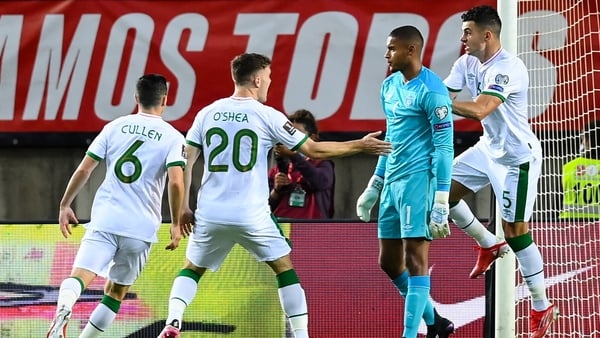 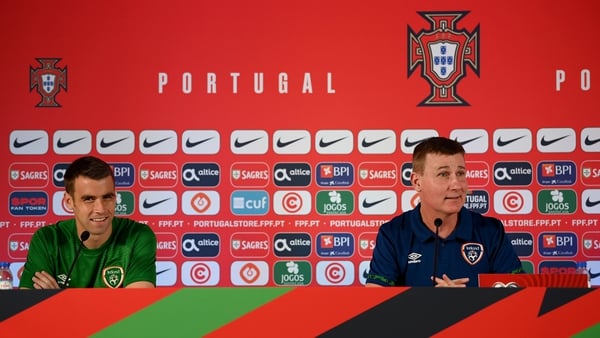 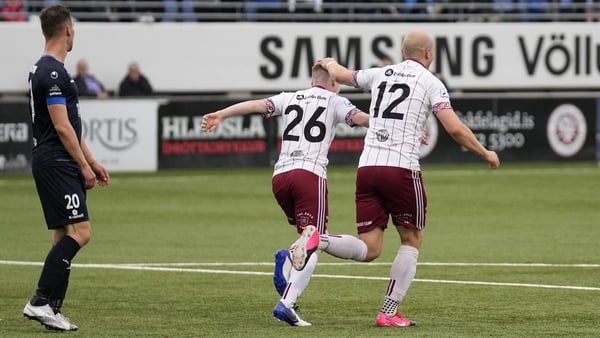