By James Rogers at Richmond Park

Billy King punished Dundalk for the second time in the space of 72 hours to plunge the Louth club deeper into relegation trouble and ensure Shamrock Rovers will have to wait until at least Friday to be crowned SSE Airtricity League champions for the second year in a row.

The Scot opened the scoring when Stephen O'Donnell’s side booked their place in the FAI Cup final against the holders on Friday night and repeated the feat with a similar goal that wasn’t closed down quickly enough by a sluggish Lilywhites defence.

While the result puts title celebrations in Tallaght on ice, this result – coupled with Waterford’s 2-1 win away to Bohemians – means Dundalk are level on points with the side they play at Oriel Park on Friday night and just a point above Finn Harps, who now sit in the promotion/relegation play-off spot.

In what could be crucial to deciding who faces the prospect of relegation, Vinny Perth's side have played a game more than every other team in the league, with the exception of the champions-elect Rovers.

With three backroom staff quitting the club since their FAI Cup exit at Richmond Park on Friday, there is now the very real prospect of the crisis-hit Louth club facing the drop for the first time in 19 years.

The Lilywhites have now gone 10 matches in all competitions without an away win – the last being the 2-1 win away to Levadia Tallinn in Estonia on 29 July.

It’s also now eight games without a win on the road in the league, with the last, and only one to date for Perth since his return to the club, being the 1-0 win away to Drogheda United over four months ago.

Pat’s made six changes from the team which booked their place in the FAI Cup final against the same opposition 72 hours earlier, but it was one of the survivors, Jamie Lennon, who had the game’s first chance when he fired wide from the edge of the box on 10 minutes. 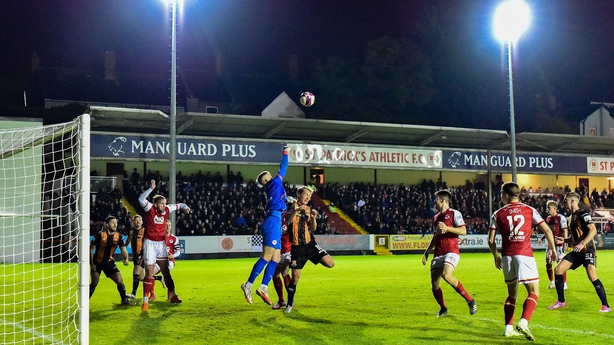 Dundalk then had a couple of good chances to break the deadlock. The first arrived on 14 minutes when Will Patching had a go from a free wide on the left that Vitezslav Jaros had to tip over.

The resultant corner then broke to Sam Stanton in the six-yard box, but it was blocked at point blank range by Jak Hickman.

The former Bolton Wanderers player then almost turned provider at the other end on 17 minutes when his cross fell to Robbie Benson at the edge of the box, only for his volley to be blocked by Cameron Dummigan.

The visitors then had another big chance of 25 minutes when Raivis Jurkovskis’ cross picked out opposite full back Darragh Leahy but his diving header was brilliantly pushed away to his left by Jaros.

That was to prove crucial as Pat’s took the lead a minute later, with King collecting a pass from Lennon on the right before cutting in onto his left foot and firing past a statuesque Peter Cherrie from the edge of the box.

Pat’s then almost doubled their lead on the half-hour mark when another cross from Hickman picked out Kyrian Nwoko at the back post, but again Dummigan got in the way.

After Michael Duffy had a header deflect wide off Hickman, Dundalk thought they had levelled on 36 minutes when Patching fired to the net after the resultant corner broke to him 25 yards out.

However, assistant referee Dermot Broughton raised his flag for offside for what appeared to be the insinuation that Greg Sloggett had got a touch on the shot as it made its way goalwards.

Dummigan made his third big block of the game five minutes after the restart to deny Benson a shot at goal before Daniel Kelly passed up a big chance to level on 56 minutes when he was picked out on the break by Duffy, only to fire over under pressure from Alfie Lewis.

King then flashed a shot just over before Patching had a couple of efforts which failed to find the target.

Jurkovskis then had a shot blocked by Shane Griffin with four minutes to go before Cherrie did well to smother as Darragh Burns looked to break through moments later.

Leahy did have a chance in stoppage time to rescue a point for Dundalk, but his header was straight at Jaros. 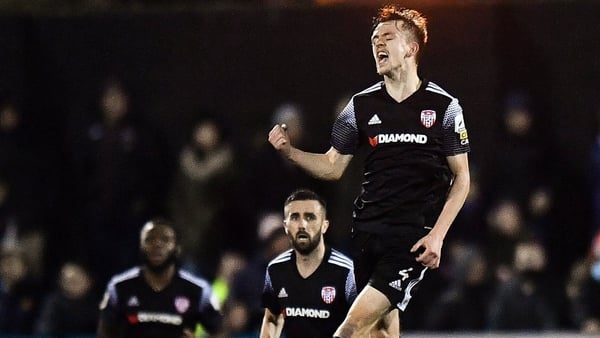 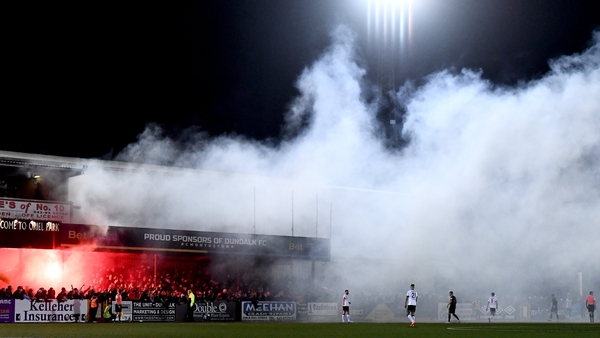 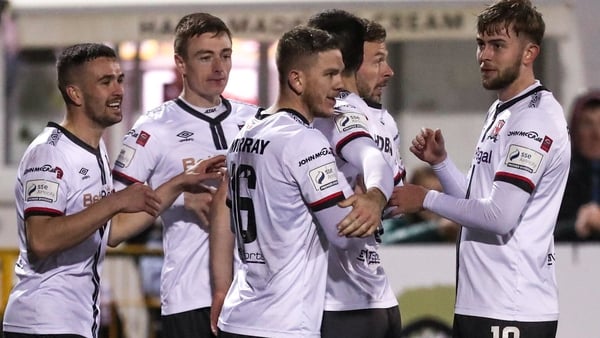 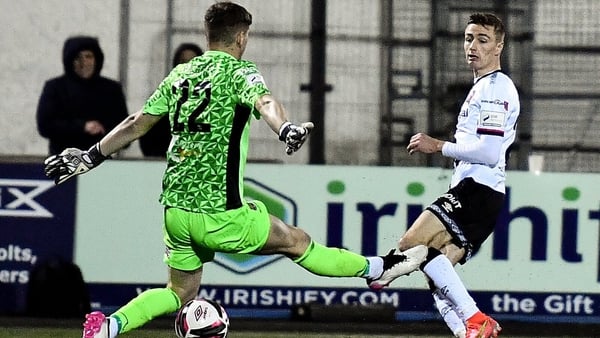