The Republic of Ireland were left to rue a cruel piece of luck as world No 2-ranked Sweden escaped from Dublin with a narrow World Cup qualifier win on Thursday night.

A low strike from Stina Blackstenius - a nominee for this year's Ballon d'Or Féminin - ricocheted off the instep of Louise Quinn and trickled home in the 39th minute to settle an absorbing contest.

Vera Pauw has called her players "tigers" on more than one occasion and they again displayed admirable tenacity against vaunted opponents.

A Katie McCabe long-ranger and Lucy Quinn's side-footer early in the second half were about as close as the hosts came to scoring but Pauw will take a huge amount from how her charges fronted up to the Swedes.

Ireland huffed and puffed in six frantic minutes of injury time, in which Quinn was thrown up front, but the supreme Magdalena Eriksson held her back line together to close out the win - Sweden's third after victories against Slovakia and Georgia last month.

Ireland contained their opponents well for large spells but their inability to relieve the pressure meant the opening half was a tough grind. Camped in their own half for most of the first 25 minutes, Pauw’s side had to dig their heels in to ride waves of Swedish pressure.

Courtney Brosnan had to be on her toes to clear a ball over the top that tall, pacey Juventus attacker Lina Hurtig almost latched on to; then Blackstenius rode a tackle from Niamh Fahey before curling into Brosnan’s arms from a tight angle.

Ireland, with a five-player defence strung along their back line when out of possession, found it hard to out of their own half but in the tenth minute Katie McCabe – brilliant throughout – did offer a threat when she flashed a decent effort from outside the area wide.

The respite was short lived. Ten minutes later a loose Fahey pass went straight to Blackstenius who jinked into the box and went down under a Jamie Finn sliding challenge. Sweden screamed for a penalty – referee Deborah Anex waved it away. Ireland had their own appeal for a spot-kick shortly afterwards when Amanda Ilestedt bundled over Quinn. Again the ref was uninterested.

Blackstenius continued to show her class. When an Irish break broke down, the striker skipped through a couple of tackles and looked like she’d surge clean through before the hosts scrambled back to eventually crowd out the attack.

As half-time approached, Filippa Angeldal unleashed a dipping 25-yard strike that Brosnan brilliantly tipped over the bar but the breakthrough finally did come, and when it did it was no surprise that Blackstenius was heavily involved.

Six minutes before the break, Angeldal fed her team-mate who burst into the left side of the box the left, cut back inside and drilled in a low effort that knocked off Quinn's instep and dribbled past the wrong-footed Brosnan.

It was a desperate blow for Ireland who went into half-time 1-0 down having poured a huge amount of energy into the opening period.

Still, at 1-0 Ireland remained in the game and though they’d been under the cosh, there’d also been moments were Sweden looked a little ruffled defensively.

Four minutes after the turnaround a deep free-kick fell to Lucy Quinn whose measured attempt slid a yard past the left-hand post. It briefly looked like that would be the cue for some sustained Irish pressure but the game sagged midway through the second half as Sweden searched for a killer second and the Girls in Green held firm.

Blackstenius did flicker into life however as she twisted inside and out before stinging Brosnan’s palms in the 67th minute.

Ireland were desperate to land a blow of their own but tired legs led to inaccuracy in possession as they struggled to build up a head of steam. Brosnan had to be sharp once more 17 minutes from time as Fridolina Rolfo lashed in an angled drive that the keeper batted away.

Leanne Kiernan and Amber Barrett both entered the fray 15 minutes from time as Pauw went for broke. Both brought energy, Kiernan winning a corner after a lung-bursting run to pressure an opponent. That sparked a pretty manic finale, with Ireland pumping balls into the Swedish box.

Ultimately they had the composure to see this out - but Peter Gerhardsson's excellent outfit were given a game. Ireland will hope they can take the positives from tonight and pick up three points in Finland on Tuesday. 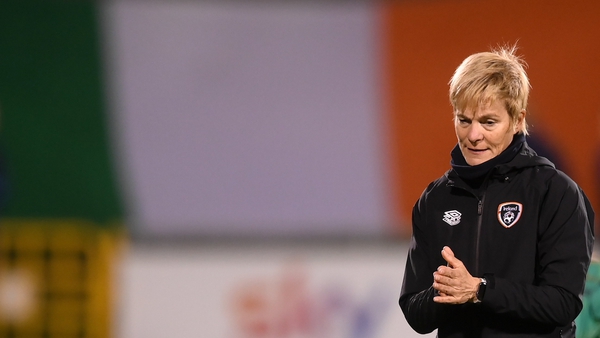 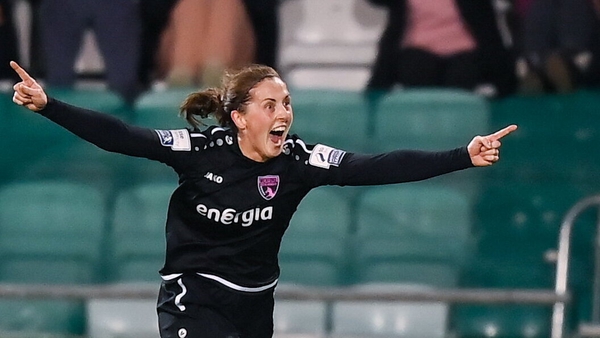 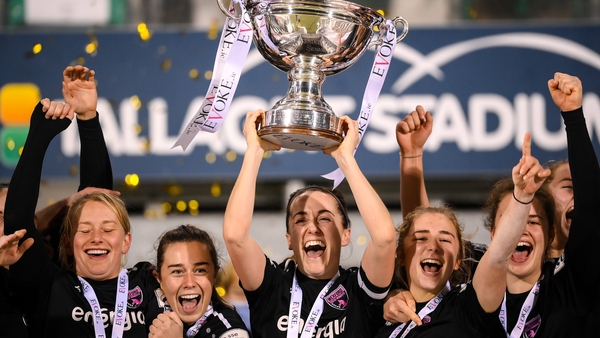 'It gets better every time' - Murphy toasts more glory