Every season has a theme, every FAI Cup has a story, but in recent years some of them have become a bit predictable.

The Dundalk v Cork City final scenario was starting to become as predictable as an annual Fast and the Furious film and while there was always a thrill, change has been welcomed.

The Lilywhites denying Shamrock Rovers successive wins last year didn't totally capture the imagination, probably because the Louth side have lifted the trophy so much in the last decade.

At last there are some new kids on the block.

With Harry Taaffe's flag in front of them, @DundalkFC lift the FAI Cup #RTESoccer pic.twitter.com/MNpTyVGhyF

This competition is different and the semi-final line-up brings with it so much to ponder.

There is no double or treble on offer this time. But the cup will answer one of these questions.

Can Bohemians reach their first Aviva Stadium and put a trophy in the cabinet to reward the work of Keith Long?

Can Waterford be reborn under the enigmatic Marc Bircham to wake a sleeping giant in a matter of months?

Can Stephen O'Donnell, aged 35, prove he is on the cusp of something special in his first managerial job at St Patrick's Athletic?

Or can Dundalk stop their fall from grace and be back at the top table next season with European football under Vinny Perth, when all seemed lost?

No matter what, it's going to be a very unique final pairing and a big attendance in Dublin 4 on the final weekend of November.

What can we expect in Dalymount?

The RTÉ Sport cameras are in north Dublin tonight as Bohs welcome Waterford. It was a difficult draw for the Blues but they have proven that since Bircham has come in, any opponent can be troubled.

The only defeats since the summer have been away to Shamrock Rovers and St Patrick's Athletic and last week's 4-1 success over Finn Harps thrilled the RSC crowd.

Bohs failed to enter the league title race but there has been a feeling all season that they can come to the party at any time.

They were the better side for much of the game in Tallaght Stadium last Monday against the champions-elect and will rue not winning the game.

The facts are, however, they are still up against it to guarantee Europe next season through a top-three finish in the league.

Pre-match injuries to James Talbot and Ross Tierney were a blow last Monday, and with Georgie Kelly also in the stands, it's a bad time of the season to be down bodies.

They are hopeful that Talbot (groin), James Finnerty (groin), Tierney (foot) and Kelly (groin) will be available once more but they are likely to be assessed again before the game. Stephen Mallon (hip) remains out.

Waterford sit in the play-off position despite nine wins from 14 in all competitions and there is hope they can rise to a big occasion.

Phoenix Patterson has been a real find on the left side of their attack and will be their biggest threat.

Former Premier League player Greg Halford will relish the occasion and in truth there is little to lose. Darragh Power and Prince Mutswunguma return from suspension.

The pressure is on Bohs to live up to all the promise of the season, and they are favourites. Liam Burt has been delivering for the Gypsies, as well as the likes of Kelly, and the former reached double figures in all competitions earlier in the week.

The hunter and hunted

St Patrick's Athletic have pulled a few elements from the dominating Dundalk side. It starts at the top with manager Stephen O'Donnell, as well as some players. Cup success would not be a new departure to O'Donnell, Robbie Benson et al.

A few weeks ago there would appear to be only winner here but that has changed.

The very reason Perth is getting a tune out of their group again is how much quality - and winning mentality - they still have at their disposal.

The long-time servants and domestic recruits have come to the fore for Dundalk and they look like a team capable of bringing the cup back to Oriel for the 13th time.

The league form line says such that, dismantling Sligo Rovers, surprising Shamrock Rovers and only a controversial penalty denied them in Dalymount.

It was a far cry from a side which shipped five goals on their previous game against Long's side in Phibsborough.

The Saints have ground out results and also shown some quality football at times. O'Donnell is building a side to challenge next season and second spot in the league for this year is almost assured. Goals have become an issue with just one in four league matches and the first one is certainly going to be important here.

The Inchicore outfit failed to get ahead against Derry last week and were punished. Previously Alfie Lewis netted in injury-time scorcher in Drogheda where otherwise it just wasn't going to happen for Pat's. One of their poor results in the summer was a home loss to Dundalk on a night when the cup holders again looked a far better team that their position suggested.

FT: Drogheda 0-1 St Pat's
Drama at the death at Head in the Game Park, as an Alfie Lewis wonder goal snatched all three points for St Pat's. #RTESoccer

Sam Bone (suspended) and John Mountney (knee) will miss the game, while Ben McCormack is doubtful. There are good things for the Saints to focus on. Lee Desmond made a welcome return last week, James Abankwah is a future star based on his performance so far and there is quality all over the pitch for Pat's. Another major talent - Darragh Burns - has been influential this season and the big occasion is made for Chris Forrester.

Dundalk are the seasoned side, but rely firmly on the starting XI due to how their squad has weakened over time.

Perth took on a task that many thought he was foolish to do so. The dramatics have never stopped in Oriel, on Friday we'll find out if the trophies have done so.

Full stadiums with talking done on the pitch

The tit-for-tat ticket war between Bohemians and Shamrock Rovers was a distraction in the aftermath of the derby but there is nothing of that sort of this game.

There is a welcome return of away fans.

Waterford will make up a decent portion of 3,500 fans in Dalymount as the sold out signs go up, while across town in Richmond Park there will be a guaranteed 4,000 between home and away supporters and possibly another thousand arriving on the night.

The greatest levels of excitement is probably in Waterford. The Blues are dreaming of a big occasion after so many years of struggle.

Bircham has become a popular figure - as has new owner Richard Forrest - and the manager is buoyed by hundreds of travelling fans on Friday.

He said: "We've had a good week training and everyone is really looking forward to Friday. Yes, it's a cup semi final but we've treated it like any other game in how we've prepared this week and the squad are excited for the game. We know Bohemians will be a very tough opposition but we're in really good form and confidence is high with the lads.

"We had a massive crowd last week and they really pushed the lads on and we know we'll have a noisy crowd again on Friday and it'll be so important."

His counterpart, Long, is also relishing the occasion.

"Dalymount is a special place and we want to create a special night. The supporters are key to that.

"A jam-packed Dalymount in full voice for an FAI Cup semi-final, where else would the players want to be after two years of hardship where everybody in the country has suffered in one way or another?

"We are under no illusions about the task that we face. But we look forward to that challenge. We have done our homework like we would any other team and we can't wait for the game."

The second semi-final does feel like one with the more seasoned campaigners and the talk from the camps sounds like just it.

O'Donnell has used the early exit last year - and knowing that only one Pat's side have lifted the cup in over half a century - as motivation.

"We were really focused on this year's competition after getting beaten in the first round against Finn Harps last season. We wanted to have a good cup run and we have had one. We are in the semi-final now and everyone is really excited.

"It was 2016 since St Pat's were in a cup semi final, five years is quite a long time, so we are really looking forward to the occasion."

The last words may not come on Friday night - with replays scheduled for Monday night if games are level after 90 minutes.

Dundalk boss Perth is used to the stakes being so high, having been there so often. Success has led to struggle but his determination has never been questioned.

Perth will be without the services of the long-term injured Brian Gartland, Patrick McEleney and Wilfried Zahibo once again however Raivis Jurkovskis and Cameron Dummigan return to the squad following suspension.

David McMillan and Daniel Kelly were back on the pitch last weekend. There are doubts though over Patrick Hoban's fitness after he went off injured in the first half against Bohs last week. He will be given every opportunity to prove his fitness ahead of kick-off. 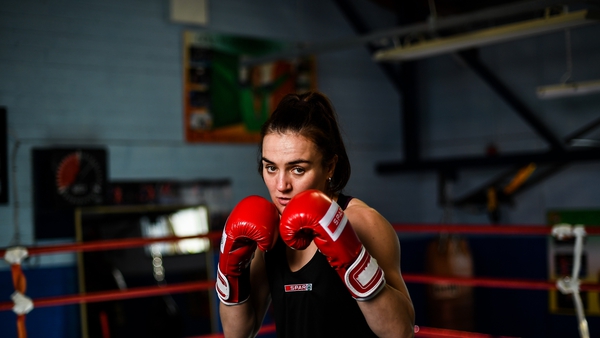 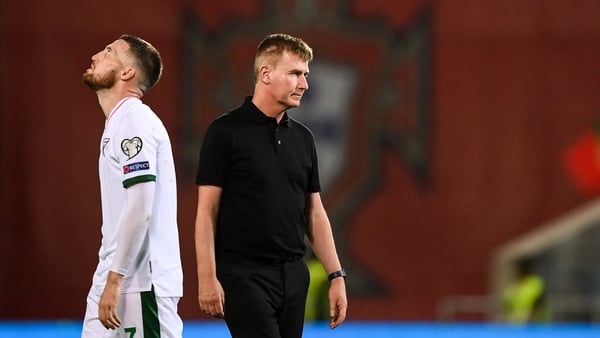 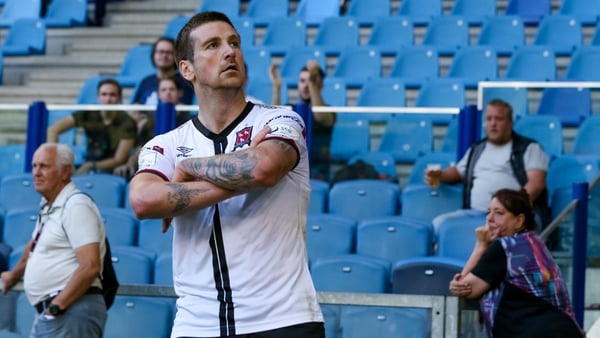 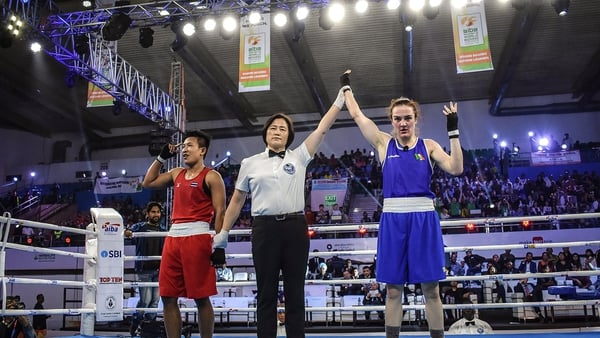