Barcelona gained their first win in this season's Champions League after Gerard Pique netted in a 1-0 victory against Dynamo Kiev at the Nou Camp.

The veteran defender volleyed home Jordi Alba's cross in the 36th minute to seal three points in a nervy win for the hosts.

Leroy Sane broke the deadlock after 70 minutes before an Everton Soares own goal and strikes from Robert Lewandowski and Sane once more saw the German club surge away at the top of the group.

Juventus stay top of Group H above Chelsea, who won 4-0 against Malmo, after Dejan Kulusevski's 86th-minute header gave them a 1-0 win against Zenit St Petersburg in Russia.

Red Bull Salzburg pulled clear at the top of Group G with a 3-1 home win against Wolfsburg. Lukas Nmecha cancelled out Germany international Karim Adeyemi's opener for the hosts before a second-half double from Noah Okafor gave Red Bull their second group win.

Sevilla are second behind the Austrian champions after drawing 0-0 with Lille in France.

In Manchester United's Group F, Villarreal won 4-1 at Young Boys. Yeremi Pino and Moreno gave the visitors a comfortable half-time lead which they held until the 77th minute when Meschack Elia pulled a goal back.

The tense finish did not materialise for the Spanish side, who restored their two-goal cushion with further goals from substitutes Alberto Moreno and Samuel Chukwueze late on. 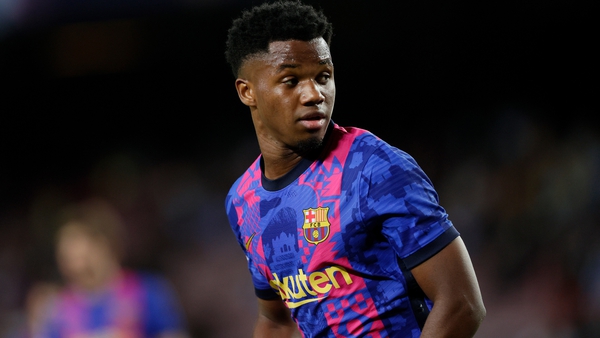