Steve Bruce is no longer manager of Newcastle United, with the club saying he has departed the role "by mutual consent".

Bruce was in charge of the Magpies for more than two years, steering the club to 13th and 12th-place finishes in the Premier League.

This season has proven more difficult with just three points from eight matches.

A Saudi-takeover of the club heightened speculation about his future. Today, he has left the role.

Newcastle United issued a statement expressing their gratitude to Bruce for his contribution and wished him well for the future.

Bruce, meanwhile, said: "I am grateful to everyone connected with Newcastle United for the opportunity to manage this unique football club.

"I would like to thank my coaching team, the players and the support staff in particular for all their hard work. There have been highs and lows, but they have given everything even in difficult moments and should be proud of their efforts.

"This is a club with incredible support, and I hope the new owners can take it forward to where we all want it to be. I wish everyone the very best of luck for the rest of this season and beyond."

Graeme Jones will take charge of United on an interim basis, starting with Saturday's trip to Crystal Palace.

Newcastle say the process of recruiting a new head coach is already under way.

For Bruce, he has admitted it may be his final role in management after the mental impact the two years at the helm have had.

"I think this might be my last job," he told the Telegraph. "It's not just about me; it’s taken its toll on my whole family because they are all Geordies and I can’t ignore that.

"They have been worried about me… especially my wife Jan. What an amazing woman she is, incredible, she’s just a fantastic woman, wife and mother and grandmother. She dealt with the death of my parents, hers have not been very well. And then she had me to worry about and what I’ve been going through the last couple of years.

"I can’t take her for granted, she has spent her whole life following me around from football club to football club and if I was to say to her tomorrow, I’ve been offered a job in China, or anywhere, she would say, 'Steve, is this right for you, do you want to do it?' And she’d back me again.

"I’m 60 years old and I don’t know if I want to put her through it again. We’ve got a good life so, yeah, this will probably be me done as a manager - until I get a phone call from a chairman somewhere asking if I can give them a hand. Never say never, I’ve learnt that."

Discussing what the daily angst was like at the club, he said: "When we get beat, I get very low, but when you are managing in the Premier League with Birmingham, Wigan, Hull, Sunderland you do get better at dealing with it. You have to.

"By the time I got to Newcastle, I thought I could handle everything thrown at me but it has been very, very tough. To never really be wanted, to feel that people wanted me to fail, to read people constantly saying I would fail, that I was useless, a fat waste of space, a stupid, tactically inept cabbage head or whatever. And it was from day one." 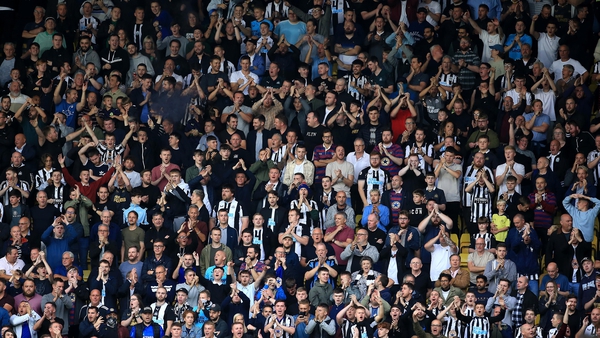 Celebration and controversy amid Newcastle takeover