Gary Neville believes the way his former team-mate Steve Bruce has been treated by Newcastle's new owners would be considered "employment abuse" in any other industry.

Bruce had been kept in the dark over his future following the Saudi Arabia-based consortium's takeover before effectively being told to carry on as manager until further notice at the end of last week, ahead of the Magpies' 3-2 home loss to Tottenham on Sunday.

"I think this thing now with Steve Bruce is totally wrong," Neville said on Sky Sports' Monday Night Football. "If this was any other industry, any other walk of life, it would be classed as employment abuse.

"The employer would be in serious trouble with their employee, they absolutely would. They would be in big trouble. You've got to show, and demonstrate, decency."

It was widely thought that Bruce's days were numbered after Amanda Staveley's consortium completed its takeover on 7 October.

But he remains at the helm as the new owners continue to assess their options and, despite heavy criticism from a large section of fans, he has vowed to fight for the job handed to him by previous owner Mike Ashley in July 2019.

Neville added: "I'm not talking about the criticism from the Newcastle fans, I'm talking about the ongoing situation, the leaks, the things that have happened in the last week, two weeks, four weeks, six weeks.

"It is not fair on a brilliant man, a great football man, a great player, a manager who has had 1000 games. He deserves to be treated with decency.

"Football managers get the crack, Steve Bruce will get the crack. If you're going to sack him, pay him up the full money, don't resist it, do the right thing and move on.

"If you're not going to sack him, tell him and at least be clear about what you're going to do, so at least the fans can start having a go at you.

"Stop using Steve Bruce as what would be a shield for the criticism at that football club."

Newcastle were not available for comment when contacted by the PA news agency on Monday evening. 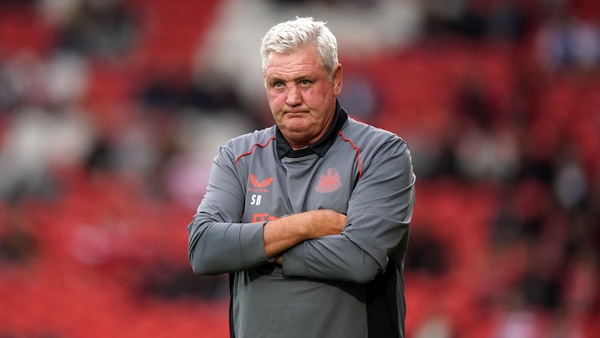