Steve Bruce has been made the "fall guy" at Newcastle and shown a "lack of respect", according to his son Alex.

Bruce will take charge of his 1,000th game as a manager when the Magpies host Tottenham on Sunday, but is widely expected to be replaced following the takeover of the club.

Bruce took charge of his boyhood club in 2019, but was given little opportunity to refresh the squad under former owner Mike Ashley, while also taking much of the blame for a lack of progress on the pitch.

"It's been tough," Alex Bruce, who was capped by both the Republic of Ireland and Northern Ireland during his playing career, told BBC Radio 5 Live's Football Daily Podcast.

"I wouldn't sit here and lie and say it hasn't, it's been really tough to watch the criticism.

"Since he took the job, I think the lack of respect that has been shown, considering he's done 1,000 games, has been unbelievable."

A Saudi Arabian-backed group completed their takeover of the club on 7 October, sparking immediate speculation Bruce - who has guided Newcastle to 13th and 12th-placed finishes - would be replaced after a winless start to the campaign.

Despite being a boyhood fan himself, Bruce has never been a popular appointment among the St James' Park faithful, with Alex Bruce saying his father had always faced an uphill battle.

"He knew that was going to be the case from the day he took the job," he said.

"He tried to strengthen the squad in the last window. They desperately needed reinforcements in defensive areas, I think he was very frustrated he couldn't do that, so there's been a number of things that have made the job difficult.

"He has been the fall guy. The amount of times I've said to him, 'Why don't you let someone else do the press?' And he just says, 'Because I'm the manager, it's my responsibility'."

"Dad's finished round about similar and yet one's been lauded as a messiah and the other one's been battered since the moment he walked in the door, which has been the most difficult thing for me to watch because he's a Geordie," he said. 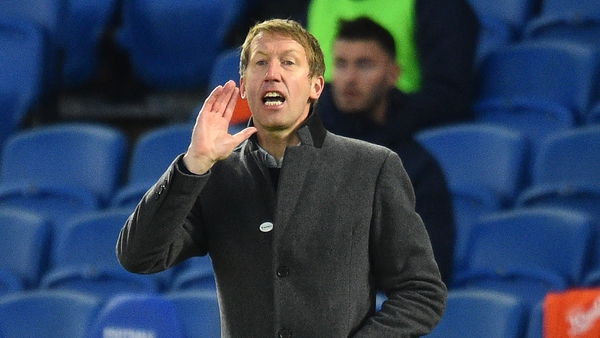