Nemanja Matic believes Manchester United remain in the title race and called for unity after Ole Gunnar Solskjaer's side fell to a chastening loss at Leicester.

The Red Devils repeatedly shot themselves in the foot at the King Power Stadium on Saturday as Brendan Rodgers' men ran out 4-2 victors in a chaotic end to an entertaining encounter.

Marcus Rashford pulled United level but Jamie Vardy put the Foxes back ahead within a minute and Patson Daka struck in stoppage time to heap pressure on Solskjaer and his players.

"Of course we are disappointed, everyone is sad," United midfielder Matic said. "Everyone is with the head down at the moment.

"But when you play for Man United if you don't win the game of course you're disappointed.

"It's going to be also hard had so, yeah, we are very disappointed but I think in the future we will show that we are much better than this."

Matic said Leicester deserved to win after a match that compounded the home loss to Aston Villa and Old Trafford draw with Everton.

But the two-time Premier League winner said they remain in the title hunt after a loss that left him apologising to the travelling fans.

"We are really sorry for them," Matic said. "They support us, especially away, I have to say, they're top. They deserve much, much better than this.

"I'm sure that we will try to do our best to make them happy in the future.

"We have 14 points, we are still in the title race, we don't want to give up until the end."

United host Atalanta in the Champions League on Wednesday before rivals Liverpool head to Old Trafford for a crunch Premier League clash next Sunday.

"Every game, every next game is the most important," Matic told MUTV.

"Every next game is a new challenge and opportunity to show your qualities. 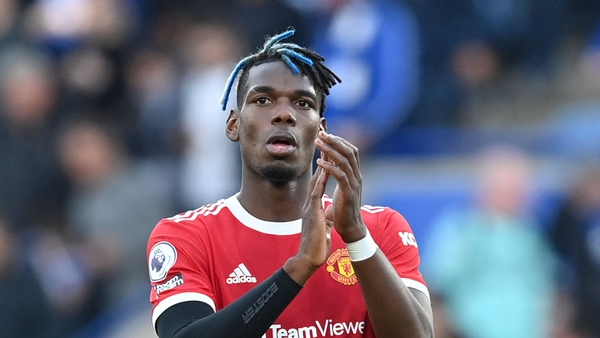