David McGoldrick came off the bench to hit a late winner for Sheffield United against Stoke to end their recent run of bad form.

United had suffered back-to-back losses in the Sky Bet Championship going into the game, but McGoldrick's 83rd-minute strike secured a 2-1 home win.

Bournemouth returned to the top of the table as Scott Parker's men beat Bristol City 2-0 at Ashton Gate.

The seventh minute of the game saw applause ring around the ground for Cherries midfielder David Brooks after it emerged earlier in the week that the Wales international had been diagnosed with stage two Hodgkin lymphoma.

And when Jamal Lowe opened the scoring in the 21st minute, he held up Brooks' number seven shirt with his team-mates as they celebrated.

Jordan Zemura doubled the advantage in first-half stoppage time as Bournemouth's unbeaten start to the season extended to a 12th game and they once again went three points clear of West Brom, who had gone above them on goal difference after beating Birmingham 1-0 on Friday night.

Parker's former side Fulham moved up to third following a 4-1 victory over QPR at Craven Cottage in the lunchtime kick-off.

Aleksandar Mitrovic scored twice, either side of Lyndon Dykes' reply, before Bobby Decordova-Reid and Antonee Robinson added further goals for the hosts.

Coventry are fourth after rescuing a 2-2 draw at Blackburn, where Joe Rothwell and Sam Gallagher netted for Rovers in the first half.

A Tyler Walker effort reduced the deficit in the 62nd minute and then a Thomas Kaminski own goal, after Liam Kelly hit a post, drew things level six minutes later.

Huddersfield moved into the play-off places as Tom Lees' early header and a Duane Holmes goal secured a 2-0 home win over Hull.

A point outside the top six are Reading after they won 1-0 against third-bottom Barnsley courtesy of a 77th-minute John Swift finish.

Basement boys Derby drew 0-0 at Preston, and Peterborough remain 23rd following a 2-0 loss at Middlesbrough, where Paddy McNair scored a penalty and Josh Coburn got on the scoresheet in the closing stages.

Nottingham Forest made it five games unbeaten under new boss Steve Cooper as they won 2-1 at home against Blackpool, with Lewis Grabban notching the winner around the hour mark after Brennan Johnson's opener for the hosts had been cancelled out by Jerry Yates.

Elsewhere, a Harry Cornick brace saw Luton win 2-0 at Millwall, for whom Jed Wallace had a penalty saved by Simon Sluga with six minutes of normal time to go. 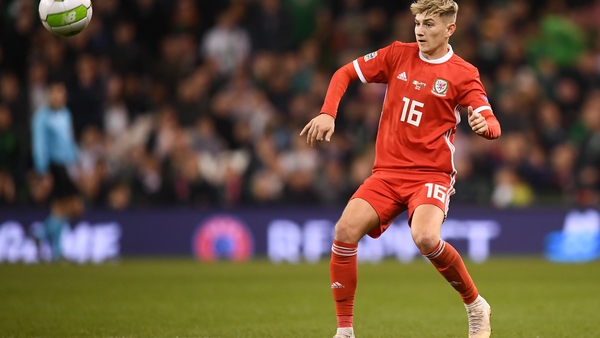