Westminster MPs are to examine next week whether public money committed to considering a UK and Ireland bid to host the 2030 World Cup represents good value for the taxpayer.

The cross-party Digital, Culture, Media and Sport (DCMS) committee will question funding body UK Sport on Tuesday about the £2.8million (€3.3m) of British Government money allocated to a feasibility study on whether to bid for the tournament.

The committee will also look at how hosting major cultural and sporting events can help the UK maximise 'soft power', and also the cost to the BBC of securing the rights to such events.

British Prime Minister Boris Johnson pledged the £2.8m towards the feasibility study earlier this year and said at the time: "We are very keen to bring football home in 2030. I do think it’s the right place.

"It’s the home of football, it’s the right time. It will be an absolutely wonderful thing for the country."

Brainstorm: Why we need to forget about Ireland's 2030 World Cup bid

FIFA is expected to outline the bidding regulations for the 2030 World Cup in the second quarter of next year.

The plans have been fiercely opposed by European confederation UEFA. Its president, Aleksander Ceferin, has said European countries could boycott the tournament if the plans go forward.

The Football Association is reportedly interested in bidding for Euro 2028, but it is understood its priority remains the 2030 feasibility study.

UK Sport said in May it had earmarked 97 events across 44 sports, including 46 world championships, that the country had an interest in hosting between now and 2031.

Morton said at the time: "These events aren’t just part of our strategy, they’re also aligned to the Government’s strategy and we have been really encouraged by the Government’s manifesto commitment to build on the UK’s fantastic track record of hosting the biggest international sporting events.

"These events will play an important part not just in our economic recovery from the pandemic, but in our social recovery."

Meanwhile, UEFA has doubled down on its opposition to FIFA's plans for biennial World Cups, saying it will stand against them until "common sense prevails and they are dropped".

FIFA wants to shorten the gap between its flagship men’s and women’s tournaments to two years as part of an overhaul of the international calendar from 2024, and is currently consulting with national associations, confederations, fans, clubs, players and leagues.

UEFA president Aleksander Ceferin has previously said European countries could boycott the World Cup if the changes were introduced, and on Friday the confederation gave no indication of a softening of its stance.

"A biennial Word Cup would damage all forms of football, devalue the competition itself, disadvantage fans financially and stunt the development of women’s and youth football around the world," a UEFA statement said.

"There are so many reasons that clubs, leagues and fans are united in their opposition to it.

"UEFA has a responsibility to the game in Europe to make sure that this unnecessary additional burden on a few elite players does not go ahead to the detriment not only of their physical and mental health but also to the broader game.

"From the idea of a single international window to the complete ignorance of the inevitable effects on women’s and youth competitions, this concept has all the hallmarks of a decision that FIFA wants to take in haste and leave the rest of the game to bitterly repent at leisure. Any perceived attraction is shallow, while the pitfalls are cavernous.

"UEFA will continue to oppose it until common sense prevails and the plans are dropped." 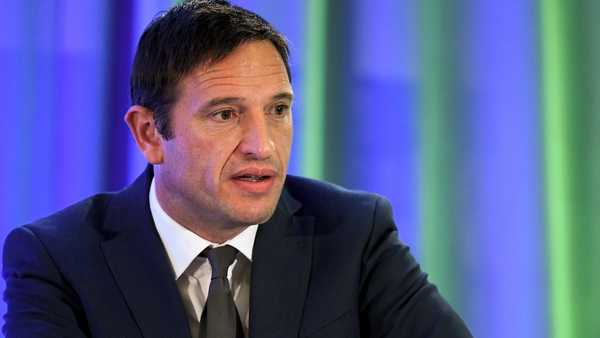