Denmark became the second European nation to reach the 2022 World Cup after a 1-0 home win over Austria left them top of qualifying Group F with an unassailable seven-point lead over second-placed Scotland with two games to spare.

After Germany advanced to the 32-nation tournament in Qatar on Monday, the Danes secured their own berth as a 53rd-minute goal from Joakim Maehle helped them to an eighth successive qualifying victory.

Denmark and Germany joined Qatar, who gained an automatic spot in the finals as the host nation. Only the group winners from European qualifying advance directly while the runners-up enter the playoffs.

Denmark have scored 27 goals and conceded none so far in World Cup qualifying, with their run to the finals underpinned by some impressive free-flowing football.

"It's a pleasure throughout, in every match," Thomas Delaney told the country's Kanal 5 television.

"The support we've had. It is unique, what we have created, we can be proud of. There have been winds against us in other qualifying campaigns. This is something quite unique to us."

Maehle added: "It means a lot, it's one of the coolest nights in the Park in a long time. It is fantastic. It's strong for us to win here, and we got this ticket to the World Cup."

Lyndon Dykes scored a controversial goal four minutes from full-time to hand Scotland another dramatic late victory, as they beat the Faroe Islands 1-0 in Torshavn.

After Scotland snatched a stoppage-time win over Israel at the weekend, Dykes scored to move them closer to qualifying for the March play-offs.

They'll make sure of a top-two finish if they beat Moldova away in their next qualifier on 12 November.

It took some time for VAR to verify Dykes' goal as it looked to come off either his chest or hand, with TV replays inconclusive.

A clearance from Nathan Patterson’s cross hit Dykes and flew in for the winner after a frustrating game for the visitors, who are looking to return to the World Cup finals for the first time since 1998.

Alexander Isak won a penalty that was converted by Emil Forsberg before scoring himself as Sweden beat Greece 2-0 to move to the top of Group B on 15 points, two ahead of Spain with two games left to play.

Things did not start well for Swedes, who had the assistant referee and the woodwork to thank in the first half as an early goal by Giorgos Masouras was ruled out for offside and he also hit a post while Vangelis Pavlidis headed off the crossbar just before the break.

Isak was felled in the box by Konstantinos Mavropanos and Forsberg rattled the resulting spot kick low to the left for his second penalty in two games.

Isak added the second in the 69th minute, exploiting a hesitant Greek defence to latch onto a long ball by keeper Robin Olsen before rounding the keeper and calmly chipping the ball home.

Greece found themselves down to 10 men in the 86th minute when Pantelis Hatzidiakos was shown a second yellow card, snuffing out any chance they might have had of making a late comeback.

The Swedes are away to Georgia on 11 November, while the Spaniards take on Greece in Athens before the two group leaders meet three days later. 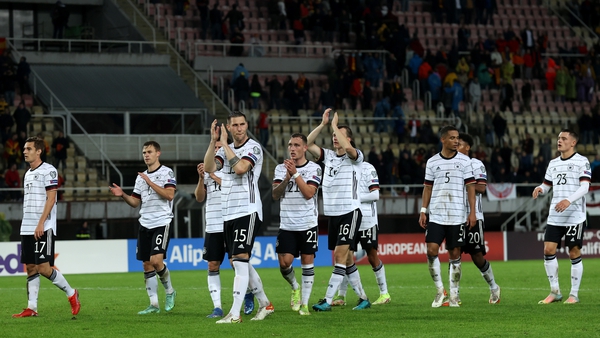 Werner-led Germany book their ticket to the World Cup