Lee O'Connor is desperate to finally get over the line with the Republic of Ireland Under-21s and make it to an elusive European Championship finals in what will be his final campaign in the age grade.

The Waterford full-back is one of the elder statesmen of Jim Crawford's side, having first stepped up to the Under-21s back in 2019, when he was still at Manchester United. Later that same year he made his senior debut against New Zealand, laying on an assist for Callum Robinson in a 3-1 win.

That remains his sole senior appearance, while he has since moved on to Celtic and out on loan to League One Tranmere Rovers.

O'Connor has seen the likes of Adam Idah, Caoimhin Kelleher, Gavin Bazunu, Troy Parrott and Jayson Molumby all progress up to Stephen Kenny's senior team over the last 12 months but he remains confident this younger batch of Under-21s have what it takes to make a Euros - something no Ireland side has ever achieved in the age grade before.

"We had a good squad last year and we've seen that many people go up to the first team so that’s what it’s about," he said ahead of Friday's qualifier against Luxembourg in Tallaght.

"I’ve been around for a long time so it’s down to me and the other senior players to help the younger lads, because there are a lot of younger lads here. It’s up to us to help them along to make sure sure we’re ticking away.

"I think we have a great squad. We've just as good a chance as last year in my opinion to make that jump. It's definitely something I want to do with it being the last campaign I'm eligible. I'd love to be part of the first team to qualify for it. It's something we're all striving for. It's something we think is attainable."

Ireland drew with Luxembourg away in their last qualifier and realistically need to take three points in the return game tonight to get back on track in a group that also includes Italy and Sweden, who they will face in November.

Crawford's side face Montenegro on Tuesday and may have to travel with a completely home-based squad because any UK and Germany-based players would face quarantine restrictions due to those countries being on Montenegro's red list.

O'Connor would be one of the players forced to sit it out. 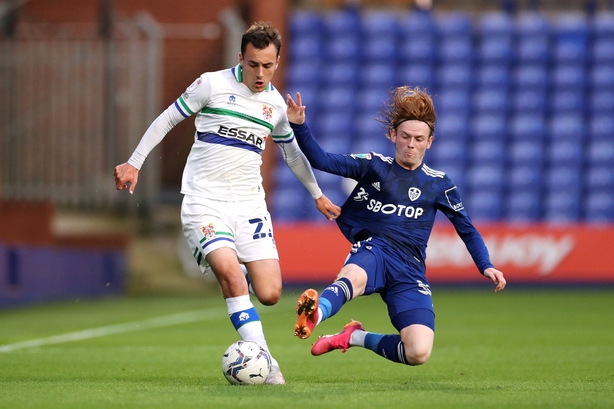 "I don't think it’s difficult at all," he stressed when asked about the situation. "We’re playing Luxembourg on Friday and not one of us will even be thinking about Montenegro until Saturday. It is what it is, we’re just focused on Luxembourg, it’s out of our control.

"I mean, I love playing for Ireland. I think the last game was Sweden that we had some fans in. It would be great to have them back and it’s always a good night playing in Tallaght."

O'Connor is now in his second season at Tranmere where he's aiming to nail down regular minutes and catch the eye of new Celtic boss Ange Postecoglou.

O'Connor, Luca Connell and Jonathan Afolabi have all had to go out on loan having struggled to break through at Parkhead while another Ireland Under-21, Liam Scales, will be hoping to make an impact this year after his August move from Shamrock Rovers.

"I actually didn't speak to Scalesey about it. I was gone [back to Tranmere] by the time he got there. But again, he’s a great player. I watched his debut and he done well so I wish him the best of luck.

"[Going to Tranmere] was the next step I needed to make, play a full season of men’s football and I do think it’s benefited me. I’ve learnt a lot and hopefully I can take it into this season and we can do good things.

"I just have to keep doing what I’m doing, playing my football, hopefully get into the Ireland senior set-up at some point. But we’ve two of the best right-backs in the Premier League in my opinion in the senior team so it’s not going to be easy for me. I’ll keep plugging away and hopefully I’ll get the chance again."

Follow Republic of Ireland U21s v Luxembourg U21s via our liveblog on RTÉ.ie/sport and the RTÉ News app, watch live on RTÉ2 and the RTÉ Player from 5pm 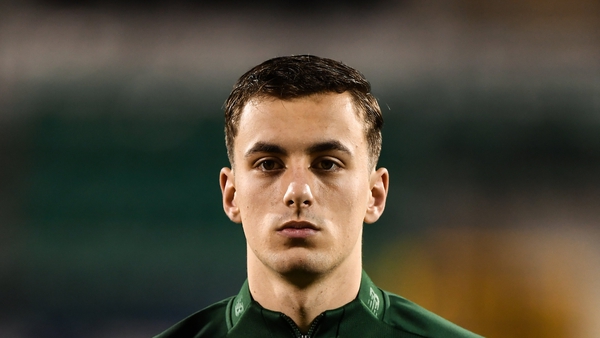