Jeff Hendrick was on the mark for Newcastle in their defeat away to Wolves, while another Republic of Ireland international Nathan Collins made his Premier League debut for Burnley in their scoreless draw at home to Norwich City. 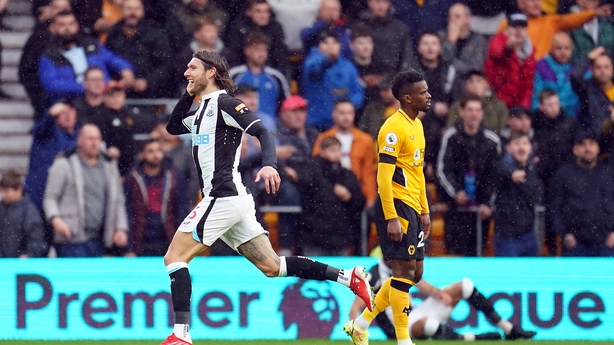 Hendrick's first-half leveller briefly threatened to upset the hosts' momentum but they have now won three of their last four top flight games.

The result lifted Wolves up to 10th in the standings on nine points from seven games. Newcastle slipped to 19th on three points and continued their winless streak, piling the pressure on manager Steve Bruce.

At Turf Moor, Burnley and Norwich played out a sterile 0-0 stalemate, an outcome that sees the Canaries pick up their first point of the season.

After featuring for the Clarets in the Carabao Cup earlier in this campaign, Nathan Collins' first top-flight start since joining the club for £12million in the summer, saw him partner James Tarkowski at the heart of the defence. 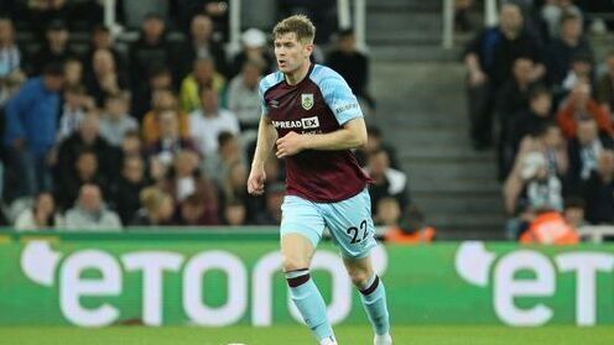 Collins was in the thick of it with 15 minutes gone when he was caught by Tim Krul as he came for a free-kick - but Burnley shouts for a penalty were waved away by Kevin Friend.

Tempers frayed again soon afterwards when Chris Wood was booked for a late tackle on Ozan Kabak - the first of four Burnley players to be cautioned before the break.

Their sense of frustration was further fuelled as Friend waved away further penalty claims, though none of them were clear.

The closest Burnley would come to breaking the deadlock in the first half was a Lowton cross which Mathias Normann inadvertently headed at goal, with Krul adjusting well to hold on to the ball.

The angst of the Burnley fans only increased in the second half.

Rodriguez was guilty of an air shot when Krul's interception of Josh Brownhill's cross sent the ball spinning invitingly up in the air.

Dwight McNeil then missed an even better chance, looking surprised as Johann Gudmundsson's cross floated over Rodriguez to find him in acres of space at the back post, bouncing off his leg and harmlessly wide.

In between times, Normann had spun his way into the Burnley box before sending a rising shot over Nick Pope and on to the roof of the crossbar.

The visitors threatened again when Charlie Taylor had to clear from under his own crossbar as Aarons stretched to meet Giannoulis' cross.

Burnley, still without a league win after seven games, continued to probe. Taylor went down in the box claiming a push from Aarons but got a familiar response from Friend. 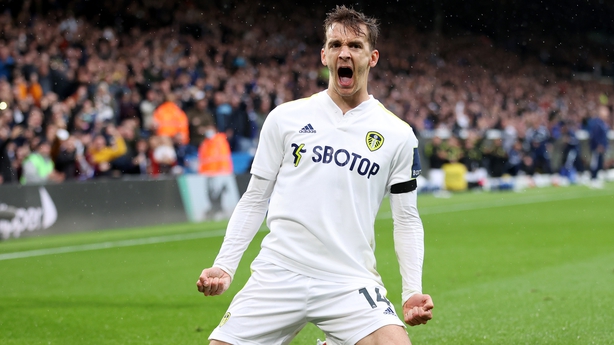 The home side went ahead after 18 minutes when Diego Llorente pounced on some sloppy Watford defending at a corner to prod the ball home.

Watford thought they had equalised after 73 minutes when Leeds goalkeeper Illan Meslier dropped a corner and the ball deflected into the net. However, referee Simon Hooper had blown for a foul on Liam Cooper.

The West Yorkshire side held on for a deserved three points