Lionel Messi scored his first Paris Saint-Germain goal as the French club exacted a modicum of revenge for their loss to Manchester City in last season's Champions League semi-finals.

The six-time world player of the year, who left Barcelona in August, rolled back the years with a superb finish as PSG claimed the win in a compelling Group A clash at the Parc des Princes.

The sublime strike, which came after a powerful run and neat one-two with Kylian Mbappe, doubled PSG’s lead after former Everton midfielder Idrissa Gana Gueye opened the scoring early on.

City, last season’s runners-up, played a full part in a thrilling encounter but the closest they came to scoring was when Raheem Sterling and Bernardo Silva both hit the bar within the space of a few seconds in the first half.

Messi's fitness, after two games out with a knee injury, had been the main talking point ahead of the game.

Yet there was little surprise when he was named in the team to take his place in a formidable front line with Neymar and Mbappe. 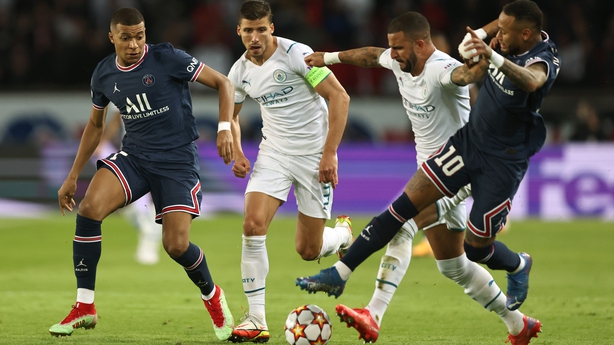 With Marco Verratti also back in midfield and Gianluigi Donnarumma preferred to Keylor Navas in goal, the French side appeared as strong as any Europe has to offer.

City’s task was to nullify their threat and things got off to a bad start as the hosts grabbed the lead after just eight minutes.

Messi, whose early touches were cheered by a packed crowd, carried the ball forward and found Mbappe down the right.

The World Cup winner turned on the pace and burst into the area. There have been reports of a recent spat between Mbappe and Neymar but there appeared no issues on this occasion as the Frenchman looked up to pick out the Brazilian in front of goal.

Remarkably, Neymar missed his kick but, fortunately for him, the ball rolled invitingly for Gueye to smash into the top corner. 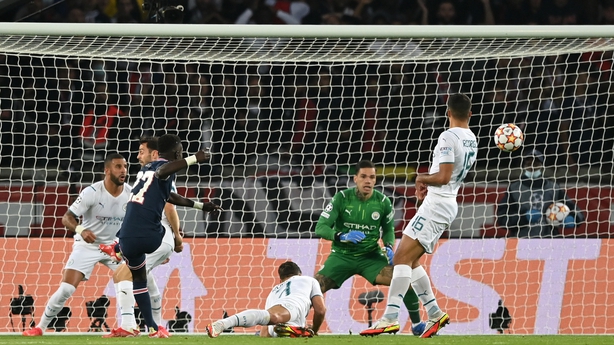 It was a sweet moment for the Senegal international, who was sent off when the sides met at the same ground in April.

Gueye was also the innocent party in a moment of controversy before the break as he was caught above the ankle in a late challenge from Kevin de Bruyne. Spanish referee Carlos Del Cerro Grande booked the City playmaker but he was perhaps lucky to escape a red card.

The visitors could not believe they did not draw level on 27 minutes when they twice rattled the bar. First Raheem Sterling, back in the starting line-up, powered a header against the goal frame from close range. The rebound fell for Silva but he too, remarkably, managed to hit the same piece of woodwork from two yards out.

Cancelo and De Bruyne also shot at Donnarumma and Ruben Dias then headed at the keeper. At the other end, Ander Herrera tested Ederson and Mbappe almost teed up Marquinhos from the resulting corner.

City pushed after the break but a dangerous cross from Cancelo was punched away by Donnarumma with De Bruyne lurking.

PSG threatened again when Neymar controlled the ball beautifully but was forced wide by Dias and shot into the side netting.

Messi made no mistake with a similar opportunity, however. The Argentinian took the ball in his stride, exchanged passes with Mbappe as he reached the edge of the area, and then clipped the ball beyond Ederson.

City refused to throw in the towel and Riyad Mahrez forced a save from Donnarumma but this was to be PSG and Messi's night. 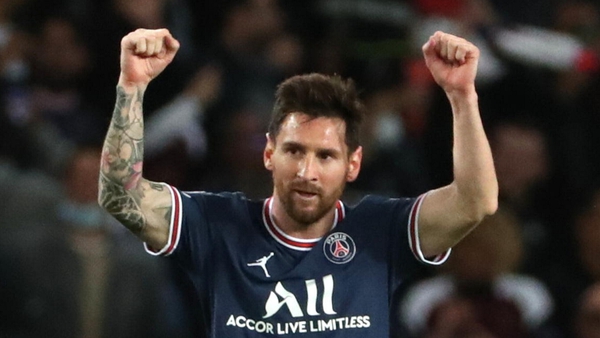