Sean Maguire grew up as a Liverpool fan but the Republic of Ireland striker says he's more excited about Preston's clash against Blackpool than their Carabao Cup showdown with Jurgen Klopp's Reds.

Maguire rose from the bench to help fire the Lilywhites past Cheltenham in the third round earlier this week - his first goal of the season - and set up a meeting with the Premier League giants.

That game takes place on 27 October - four days after Preston's West Lancashire derby against Blackpool at Bloomfield Road, a fixture Maguire admits means more to him than any other.

"I noticed the Liverpool game is just after the Blackpool game and as a Liverpool fan, you look forward to that one," he told the Lancashire Post.

"Most of my family and friends are Liverpool fans too, so everyone was messaging me all last night asking for tickets and that. It's an exciting one.

"But I will be telling them to book to come over the Friday night, because ever since I've been at Preston, everyone associated with the club has spoken about the Blackpool games.

"I will look forward to that one more than the Liverpool one, even though I'm a Liverpool fan, but it is great to get that draw." 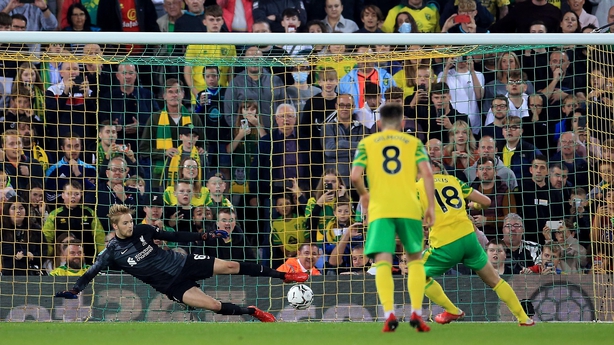 Preston are currently 16th in the Championship table having won just two of their first eight games. A swing against the Merseysiders in the cup would be some relief from the grind of the league, and Maguire admitted the hype is building already.

"We've a lot of Scousers in our team so I would imagine there is a good handful [of other Liverpool fans].

"Everyone is going to be looking forward to it, these games don't come around too often so you have to appreciate it.

"You can't be picking and choosing and I've never played at Anfield before, but a full house at Deepdale, under the lights, a full away end probably as well, maybe on TV, it doesn't come around often in your lifetime.

"For me, growing up as a young Irish kid and supporting Liverpool, most kids when I were young would grow up supporting them, Man United and even Leeds.

"Since I started playing football over here, not that you lose interest, but you aren't as much of a fan anymore."