Arsenal eased into the fourth round of the Carabao Cup with a comfortable victory over spirited League One side AFC Wimbledon.

The Gunners have returned to winning ways of late and Mikel Arteta would have been pleased to see his side add goals to their recently-discovered guile with this 3-0 victory.

It took them until the latter stages to do so, however, with Alexandre Lacazette's early penalty not built on until the final 13 minutes when substitute Emile Smith Rowe and Eddie Nketiah wrapped up Arsenal's place in the next round.

Ademola Lookman's first goal for Leicester helped fire them to a 2-0 victory at his local side Millwall.

The winger marked his full Foxes debut with the opening goal shortly after half-time.

Kelechi Iheanacho wrapped up the victory with Leicester's second two minutes from time as they eased through. 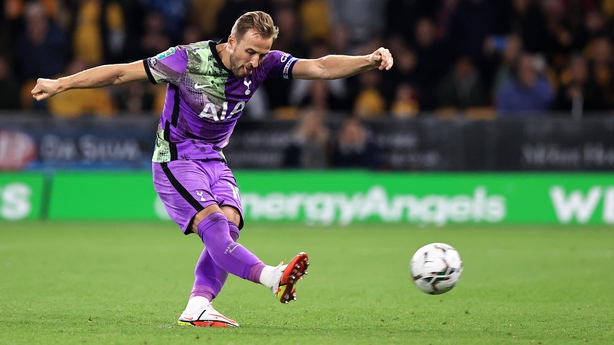 Tottenham survived a scare after blowing a 2-0 lead at Wolves to squeeze through on penalties.

Ruben Neves, Leander Dendoncker and Conor Coady missed in the shoot-out as Spurs progressed 3-2 following a 2-2 draw at Molineux.

They almost let the game slip through their grasp after Harry Kane and Tanguy Ndombele put them in charge only for Dendoncker and Daniel Podence to haul the hosts level.

Back-to-back Premier League defeats to Crystal Palace and Chelsea and a draw at Rennes in the Europa Conference League had put the brakes on Spurs' winning start under Nuno Espirito Santo.

But last season's runners-up reached the fourth round ahead of Sunday's north London derby with Arsenal.