Jurgen Klopp praised Sadio Mane's "massive achievement" of scoring 100 goals for Liverpool as the Senegal international kickstarted the 3-0 win over Crystal Palace which took them top of the Premier League.

Mane became the first player in the competition's history to score against the same opponent in nine consecutive matches, beating Robin van Persie’s eight in a row against Stoke, and his close-range strike just before half-time made him the 18th man to bring up a century of Liverpool goals in his 224th appearance.

In the second half Mohamed Salah scored for the fifth time in six matches this season before substitute Naby Keita hit a sweetly-struck left-footed volley to complete the win, made possible by Mane’s landmark strike.

"People forget around these 100 goals he worked incredibly hard, defended for us, pressed high, counter-pressed, created goals, set up chances, so the 100 goals are just one, there are so many numbers that are important," said Klopp.

"I am really happy for him he could reach it, a massive achievement in the glorious history of this club that only 18 players scored 100 goals.

"Nowadays players are not normally as long at clubs so I am really happy I could work so long with him."

9 - Sadio Mané has scored in each of his last nine league appearances against Crystal Palace, the first player in @premierleague history to score in nine straight matches against a single side. Thanos. https://t.co/N1TFOJC84y

Klopp made six changes – including a whole new back four with a debut for summer signing Ibrahima Konate – from the midweek Champions League win over AC Milan and they had a perhaps understandably shaky start.

However, after settling down they could have been out of sight before half-time but then had to weather a stronger Palace challenge in the second half and Klopp was full of praise for the performance, although he was reluctant to read too much into it.

"We are not here today for sending any kind of sign for the outside world, we were here to fight against a really strong Crystal Palace team," he said.

"I told the boys this was one of the most hard-fought 3-0s I ever saw. I’m really pleased.

"We were not brilliant but we accepted the battle Palace were here for and that’s why I am happy with the result and the performance." 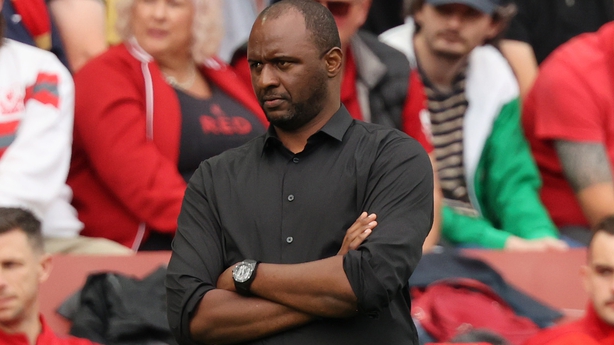 Palace boss Patrick Vieira was satisfied with some aspects of his team’s play but was hugely disappointed in their defending at corners, which led to all three goals.

"I think 3-0 is quite difficult and undeserved considering the number of chances we created, the situations we created," he said.

"We were really poor defending our set-pieces and you can’t concede three goals on set-pieces at Anfield if you want to take something from the game.

"At the moment it (the feeling) is more frustration because we knew how difficult this game was and I believe we played some really good football.

"But the frustration really was to concede those three goals on set-pieces as you expect, especially playing here, to concede goals from open play.

"There was a lack of concentration at times and we paid for that with the quality of the players they have as well." 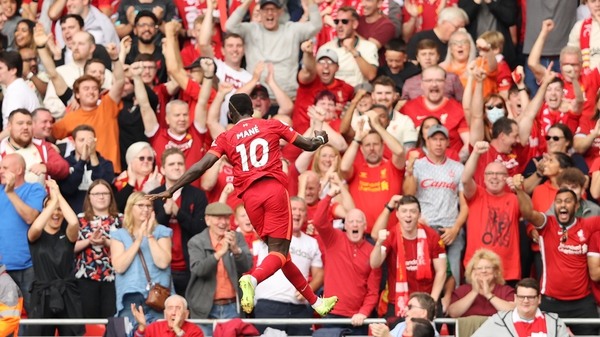