The Republic of Ireland are still waiting on their first competitive win under Stephen Kenny, but they produced the most encouraging display of his reign so far as a spirited fightback earned a draw with Serbia.

Bailed out Duffy in the fifth minute with a good save after the Derryman miscontrolled the ball in his own box and was completely assured thereafter. Added to his already impressive showreel with two superb saves to deny Mitrovic and had several other moments of note. The Dubliner has a great temperament and is now very much Ireland's No 1.

A reliable out-ball capable of taking possession in tight spaces, Doherty showed flashes of his class throughout. He didn't quite offer the penetration required to properly stretch the visiting rearguard until that barnstorming last ten minutes when he drove the Irish on.

Endured a tough night dealing with the livewire intelligence of Vlahovic and Tadic. Had to live on his nerves a few times when the visitors broke with pace and numbers. 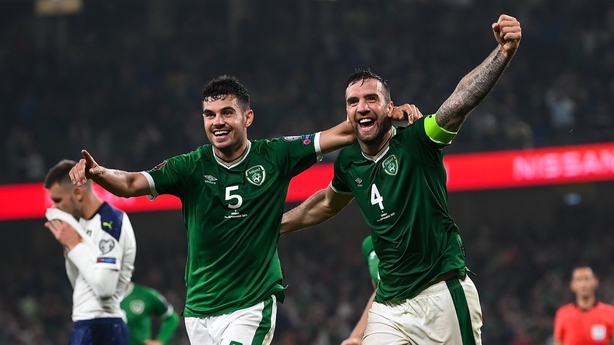 A bad lapse early on, when he allowed the ball to roll under his studs inside the area, almost gifted the Serbs the opener. Like Egan, he found life tough as the mobility of the opposition's attack had him occasionally chasing shadows. Made some important headers in his own box and his big frame led to the chaos that saw the ball cannon off Nikola Milenkovic and fly into the net.

What a young talent the Leixlip man is. Thrown into the deep end away to Portugal, then up against a high-quality Serbian side tonight, he never once looked out of place. Reads the game well, his positioning is excellent and, like Bazunu, doesn't seem remotely flustered playing on the big stage. A massive prospect.

As diligent and hard-working as ever, McClean also teased in several really decent balls from the left - one in the first half almost picked out the run of Idah; another drew a desperate punch from Predrag Rajkovic. He spared Bazunu's blushes with 13 minutes to go when he scurried back to clear after the keeper was caught in no-man's land. A good showing from the Derryman.

Had a difficult job trying to hold back the waves of clever Serbian counter-attacks that often left him outnumbered. It's been a satisfactory block of three games for the Anderlecht man however; he's now fully established himself as a reliable and hard-working holding midfielder for Ireland. 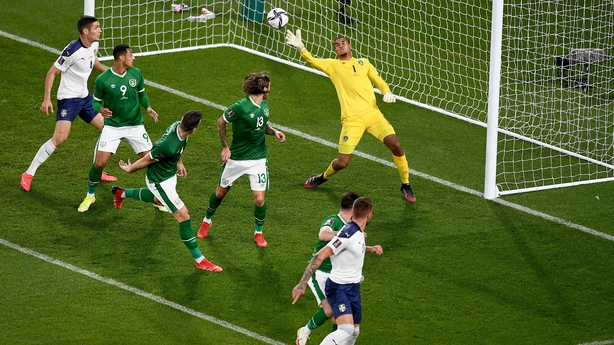 Playing with a belief we haven't seen from him in an Irish shirt in quite a while. Flashed a half-volley inches wide on the 17-minute mark, and generally looked to take chances, receiving the ball on the half-turn much more. Faded in the second half though - and Ireland became more predictable when it happened.

Did brilliantly to draw a foul from Filip Djuricic right on the edge of the box having jinked away from a couple of visiting defenders. Grafted but found himself largely on the periphery as the classy Serbs kept the ball away from the home midfield.

Had a tough job trying to bridge the gap between midfield and lone striker Idah, while also having to drop deeper when Ireland were out of possession. Just lacked composure at crucial times on a night when high-class opposition punished any lapses. Himself and Hendrick will also be central to the post-game analysis of the opening goal.

One of the big pluses of the last three games has been Idah's maturation into a rounded, strong frontman. Worked so hard until his withdrawal and rarely coughed up any cheap possession despite leading the line alone. 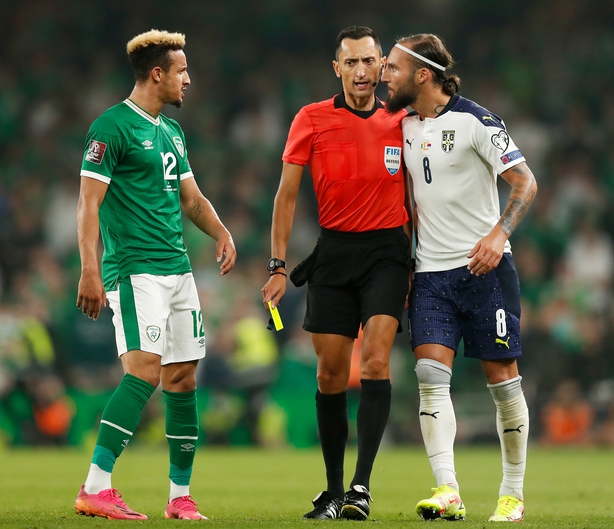 Tasked with offering more support to Idah - and later James Collins - and ultimately delivered a crucial contribution by whipping in a dangerous cross that led to the leveller. Ireland looked more threatening with him on the pitch.

Played his part in that whirlwind finale, taking up some good positions.

His left-footed delivery always offers a threat - which made it all the more frustrating when he stalled, and was then dispossessed, following a short corner which led to a dangerous late Serbian break.

Threw his weight around immediately while giving the Serbian defence a bit more to think about in their own area. A physical presence.