Financial details of the deal were not disclosed but British media reported the transfer was worth £24m.

"It is no secret that Daniel is a player we have been keen to acquire for a number of years and today we achieved our goal," said Victor Orta, director of football at Leeds.

"As a player we feel Daniel is an excellent fit for a Marcelo Bielsa team, he is quick, direct and works hard -- we look forward to him joining up with the squad, finally!"

James was signed by United in 2019 from Swansea City for some 18 million pounds and made 33 league appearances in his debut season but the 23-year-old has seen his playing time reduced since.

With the Old Trafford club signing Jadon Sancho for €85m and Cristiano Ronaldo making his return, James's chances of nailing a spot in the starting lineup were slim.

Leeds are 15th in the standings after three games and host Liverpool on 12 September in their first game after the international break.

Chelsea added to their midfield ranks with the signing of Atletico Madrid's Saul Niguez on loan.

We're delighted to welcome @saulniguez to the club on a season-long loan! ??#HolaSaul ????

The deal was thrown into doubt as the transfer had not been confirmed by either club before the midnight CET deadline.

Local media said the delay was caused by a problem with with La Liga's transfer registration system, however, and the documentation had been correctly submitted in time.

The Spain international, who came through the Atleti academy after joining aged 13 and made 340 appearances for the club, joins Chelsea on a temporary basis until the end of the season.

Local media reports said the European champions had paid a €5 million loan fee to secure his services, with a €40 million option to buy included in the deal.

Crystal Palace have completed the signing of forward Odsonne Edouard from Celtic for an initial fee reported to be £15m.

Edouard has signed a four-year deal with the Premier League club managed by Patrick Vieira and links up with Said Aigoun, who worked with the striker at Paris Saint-Germain and moved to Selhurst Park as development coach this summer.

Edouard progressed through PSG's academy and spent time on loan at Toulouse before a temporarily switch to Scotland with Celtic in 2017 proved successful.

The Frenchman hit double figures and scored in two notable victories over rivals Rangers to help the club seal the treble.

After Edouard made the move permanent the following summer, he went on to play a key role in Celtic securing the "treble treble" on 25 May, 2019 when he netted twice against Hearts in the Scottish Cup final.

He would ensure more silverware in the following campaign, but despite 22 goals during the 2019-20 season it would ultimately prove a disappointing term for the team and on a personal level. 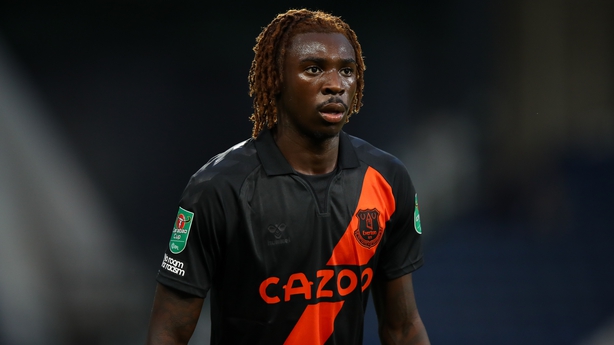 Everton striker Moise Kean is returning to Juventus on a two-year loan.

Juve say the loan will be turned into a permanent deal subject to certain conditions being met over the course of the next two years, with a loan fee of €7m being paid to Everton.

The 21-year-old Kean joined Everton from Juventus in 2019 and scored four goals across 39 appearances for the Premier League club, while he had a successful loan spell on loan at Paris St Germain last season and had been linked with a move to the French capital prior to Lionel Messi's arrival.

Kean will replace Cristiano Ronaldo, who has moved from Juve to Manchester United for an initial fee of €15m.

The move paved the way for Venezuela striker Salomon Rondon to be reunited with his old manager Rafa Benitez by signing a two-year deal at Everton.

The 23-year-old has become Brighton's third summer signing, following Enock Mwepu and Kjell Scherpen through the doors at the Amex Stadium.

Cucurella, part of the Spain side that won silver at this summer’s Olympics, came through Barcelona’s academy before impressing with Getafe last term.

Tottenham have agreed a fee with Barcelona for right-back Emerson Royal.

The 22-year-old is undergoing a medical and Spurs hope to tie up the deal worth €30m before the deadline.

Serge Aurier has had his contract at Tottenham terminated by mutual consent, following the signature of Emerson, with Ireland's Matt Doherty another option at right back.

The 28-year-old right-back had just under a year remaining on his deal at Spurs, who he joined from Paris Saint-Germain in August 2017.

In a statement on the club's website, Aurier said: "I have really enjoyed my time at Spurs and would like to thank the club and the fans, but I feel now is the right time for me to move onto a new challenge."

West Ham have strengthened their squad ahead of a busy season which will take in Europa League action, with the signing of Croatia forward Nikola Vlasic on a five-year deal.

The 23-year-old – known to Premier League fans for a short stint at Everton – has 26 caps and six goals for his country.

He joins for an undisclosed fee from CSKA Moscow, having been named Russian Premier League player of the year in 2020.

Kral has joined on a season-long loan from Spartak Moscow, with the option to make the move permanent at the end of the campaign.

The 23-year-old links up with compatriots Tomas Soucek and Vladimir Coufal at the London Stadium and featured for his country at Euro 2020 this summer.

Across London there has been movement at Chelsea, with defender Dujon Sterling signing a new two-year deal and moving on loan to Championship side Blackpool for the rest of the season.

Arsenal defender Hector Bellerin has joined Spanish side Real Betis on loan until the end of the season, the English Premier League club confirmed.

Bellerin, whose deal at The Emirates ends in 2023, joined Arsenal from boyhood club Barcelona in 2011 aged 16.

The full-back has made 183 Premier League appearances for the Gunners over the past decade, but had not featured in any of their three league games so far this season.

The 26-year-old won three FA Cups with the club and was included in Spain's Euro 2016 squad.

But the Gunners confirmed the signing of Japan international defender Takehiro Tomiyasu.

The 22-year-old, who can play at right-back or centrally, joins from Serie A side Bologna for a fee of around €18m. 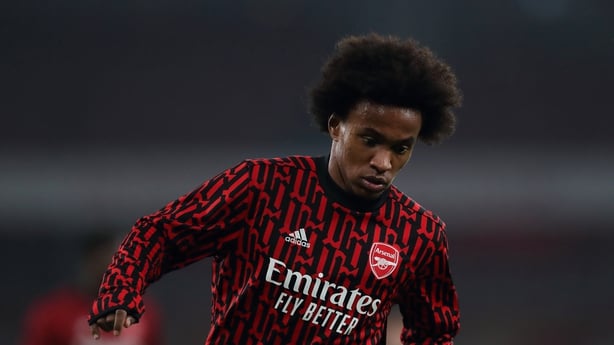 Willian, meanwhile, has apologised over the way things went for him during his time with Arsenal after his contract was terminated by mutual agreement on Monday and he rejoined his first club Corinthians.

The 33-year-old Brazilian winger, who signed for Arsenal last summer following a seven-year spell with Chelsea, said in a post on Instagram: "All my career I have done everything to be the best I can be, I always want to win and I find it hard to accept not doing so. Unfortunately it didn't happen for me at Arsenal and I am sorry about that."

Willian also said in the message that he "received a lot of criticism especially from some members of the press that I had come here for financial reasons."

He added: "I hope with my actions today (I) explain to those people and they now understand that was not the case. I hope it teaches some people that they should not be so quick to pass judgement and create bad environments to make themselves important even though I accept that’s part of the game."

Wolves’ loan move for Renato Sanches is in the balance with the club struggling to agree a fee with Lille for a permanent option for the midfielder. Boss Bruno Lage would like to add the Portugal international to his squad, despite the 24-year-old being unavailable until the end of September after knee surgery.

Burnley have announced the signing of Wales full-back Connor Roberts from Swansea, the 25-year-old joining on a four-year deal for an undisclosed fee.

Real Madrid have brought in midfielder Eduardo Camavinga on a six-year contract from French side Stade Rennes.

Local media reported that the fee for the 18-year-old France international was about €30 million.

"Real Madrid C. F. and Stade Rennais F. C. have reached an agreement over the transfer of Eduardo Camavinga, who joins the club on a six-year deal, until 30 June 2027," the La Liga club said in a statement.

Born in a refugee camp in Angola to Congolese parents, Camavinga's family emigrated to France. He came through the ranks of local club Stade Rennes - making his first team debut in Ligue 1 aged 16 years, four months and 27 days.

In 2020 Camavinga became the youngest player to represent France since 1917 at 17 years, nine months and 29 days old.

He has been registered by Real as a member of their B-team, Castilla, as La Liga rules allow given his age - a move they previously made with Vinicius Junior, Rodrygo and Reinier.

This has allowed the club to register fellow midfielder Dani Ceballos - who was not involved in their opening three fixtures and had no squad number - as part of the first team squad.