Arsenal and Southampton went goal crazy in the Carabao Cup second round, while Newcastle tumbled out on penalties.

The Gunners got their season up and running as they coasted to a 6-0 victory at West Brom with Pierre-Emerick Aubameyang hitting a hat-trick on his return to the side.

With pressure building on manager Mikel Arteta already after two defeats at the start of the new Premier League campaign, there was welcome relief rather than jubilation.

Aubameyang had been struck down by Covid-19 on the eve of the new campaign, missing the loss at Brentford and coming off the bench in the defeat by Chelsea.

He will not have scored many easier goals than the first-half brace he grabbed before adding a fine third for the match ball as Nicolas Pepe, Bukayo Saka and Alexandre Lacazette also found the back of the net.

Saka was lively and Martin Odegaard impressed on his second debut for the club following his permanent switch from Real Madrid last week - but Arteta and his side will be judged on far sterner tests to come. 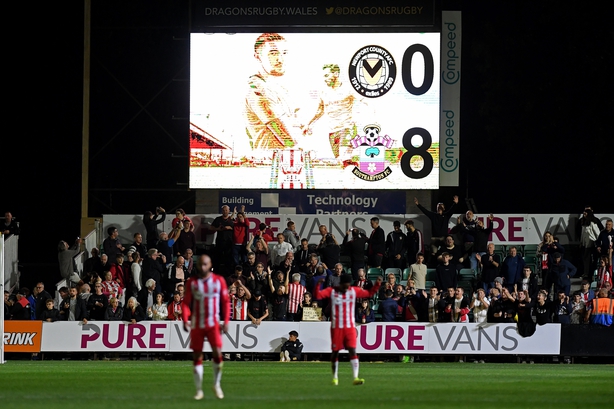 Meanwhile Southampton demolished Newport 8-0 to register the biggest away win in the club's history.

What had been viewed as a tricky assignment given Newport's reputation as lower-league giant-killers turned into a cakewalk as Saints improved on various 6-0 away victories down the years.

Newcastle were held 0-0 by Burnley - for whom Republic of Ireland defender Nathan Collins made his debut - and then dumped out 4-3 in the shoot-out at St James' Park.

Miguel Almiron saw his penalty saved by Clarets keeper Wayne Hennessey and Charlie Taylor stepped up to send Sean Dyche's side through. 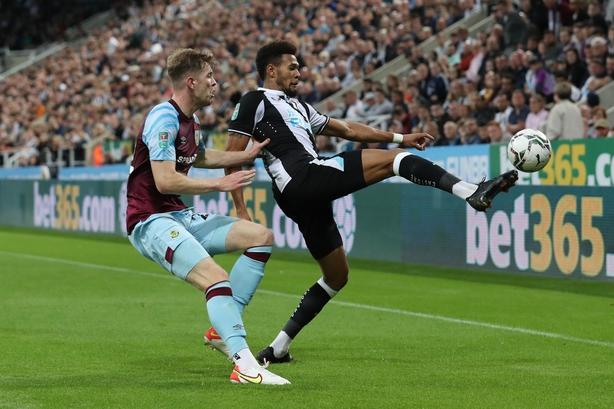 The third-round draw has pitted holders Manchester City against League One Wycombe.

Runners-up Tottenham face a trip to manager Nuno Espirito Santo's former club Wolves, while Arsenal have a visit from AFC Wimbledon to look forward to.

The ties will be played over the week commencing September 20.