Liverpool have announced Xherdan Shaqiri has completed a permanent move to Lyon.

The Switzerland international, 29, who joined Liverpool from Stoke in 2018, scored eight goals in 63 appearances in all competitions under Jurgen Klopp.

Liverpool said on their official website: "The Switzerland international finalised a switch that will see him embark on a new chapter in his career with the Ligue 1 club.

Ben Woodburn has also left the Reds, joining Hearts on loan after getting the endorsement of Klopp and Andy Robertson over his move to Scotland.

The 21-year-old Wales international has signed a season-long deal with the cinch Premiership side.

Woodburn joined Liverpool at under-seven level and replaced Michael Owen as the club's youngest goalscorer when he netted in an EFL Cup quarter-final win over Leeds aged 17 years and 45 days.

Woodburn has made 11 first-team appearances for the Reds and won 10 international caps, along with gaining experience on loan spells with Sheffield United, Oxford and Blackpool.

And both Anfield boss Klopp and Scotland skipper Robertson have backed his latest move.

Woodburn told Hearts TV: "I'm delighted to be here and get the deal done. It's been a couple of weeks now that I've known Hearts were interested and now I'm here I just can't wait to get started.

"When I heard about the interest I was buzzing. I spoke to Andy Robertson. He talked about a few of the boys he knows. He said there is a good bunch of lads here and I should enjoy it.

"I spoke to the manager before I came up and he had a vision for me, and I agreed with what he thought." 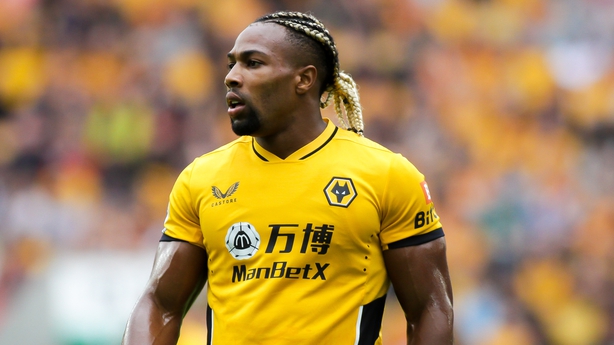 Tottenham are keen on signing Wolves winger Adama Traore, but they are yet to make a formal bid.

Spurs boss Nuno Espirito Santo is an admirer of the 25-year-old, having worked with him during his spell at Molineux and would like to add him to his new squad in north London.

Traore showcased his talents during the Premier League game between the two sides on Sunday, where he caused Spurs' defence untold problems with his pace and power, though he did miss a great chance to equalise in the second half.

Nuno said after Sunday's game, which his new side won 1-0 thanks to Dele Alli's early penalty: "I think Wolves have a very good team and created us enormous problems, big big problems.

"One of those was Adama. Everyone knows Adama is unique and he's very hard to stop."

Spurs are said to have explored the possibility of signing Traore, who is under contract until 2023, on loan with the obligation to buy for £40m.

However, the PA news agency understands Wolves would not currently entertain such a deal and have no need to sell the Spanish winger.

If Tottenham can agree a deal for Traore before next Tuesday's transfer deadline, he would add another attacking option, joining Steven Bergwijn, Lucas Moura, Son Heung-min and Bryan Gil as players who can be deployed in a wing position. 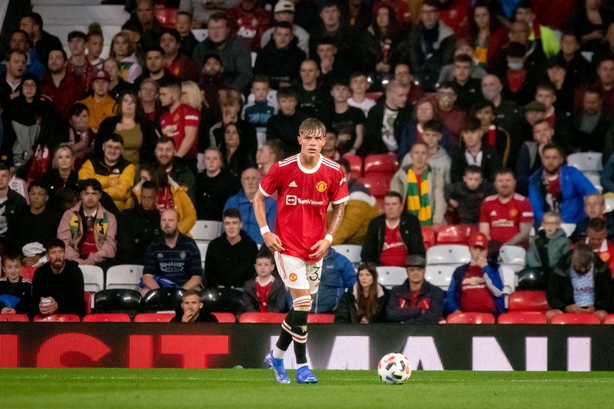 Norwich have completed the signing of Manchester United defender Brandon Williams on a season-long loan.

England Under-21 international Williams brings with him experience from the Premier League as well as Champions League and Europa League, having made his senior United debut in September 2019 after coming through the youth ranks.

Williams, 20, said on the Norwich club website: "It's the first time I've ever played for a different club before, but I'm just really excited to get started, meet everybody and get my season going.

"It is a massive club and I like the way they play. I've watched them over the years and seen how they play.

"The club like to play out from the back and play football. That really inspired me to come here, and I think that the head coach can really improve me as a player.

"Everyone has been so welcoming. I've really enjoyed my time here already and I can't wait to meet everybody. I've just got a feeling it'll be a good year."

Norwich are waiting on clearance for Williams to be in contention to make his debut in the Carabao Cup tie against Bournemouth on Tuesday night at Carrow Road.

Andone missed the entirety of last season with a serious knee injury he suffered while on loan with Turkish club Galatasaray.

"This represents a good move for all parties, with the potential for Florin to play regular football, something he hasn't had the chance to do in the last year or so due to injury," said Brighton head coach Graham Potter.

"He has worked really hard on his rehabilitation, is ready to play and now wants to be playing regularly. We wish him well for the loan spell and the season ahead in La Liga."

The 21-year-old moved to Elland Road from Manchester City in January 2020 and has made 20 appearances for the Whites.

He will look to get some more game time under his belt in the Sky Bet Championship with Rovers and could make his debut for Tony Mowbray's team at Middlesbrough on Saturday.

Leeds director of football Victor Ortasaid: "We feel Ian can make an impact here in the future and we've been very impressed with how Blackburn have developed players such as Harvey Elliott at Liverpool.

"We hope Ian can get some game time and come back to us next season ready to fight."