Five years on from the end of his spell as Republic of Ireland Under-19 head coach, Paul Doolin is back in the dugout with Athlone Town.

The 58-year-old has taken charge of the SSE Airtricity League First Division club as the midlanders look to close the eight-point gap to the top half of the table.

Speaking to the RTÉ Soccer Podcast in the wake of their 1-0 win over promotion-chasing Galway United on Friday, Doolin admitted that his return to a competitive sideline had been a whirlwind 12 years on from his last club job.

But he also added that he is keen to highlight the value of coaches and managers currently out in the cold.

"I think if someone had said to me that I'd be down here standing here after beating Galway United, a full-time club, 1-0 with a performance like the way the players played, it's outstanding," he said.

"There's a lot of good coaches who are probably out of the game here too long and I'm just hoping maybe I might be able to do something to strike a blow for some of the other guys that are not involved." 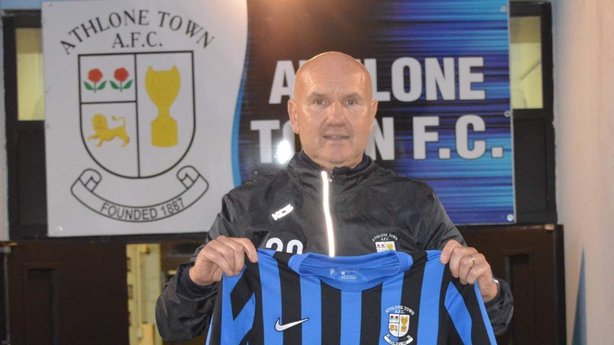 Reveling in the adrenaline of being back involved in the game, Doolin added that he had not been "totally away from football" during the intervening five years.

"I was giving a good friend of mine, Bobby Brown, a hand out in Swords Celtic, so I wasn't just coming straight from the couch. So I'm just delighted to get the opportunity and hopefully we can continue," he said, reiterating that "there are lot of good coaches around who are just cast aside I feel", although he acknowledged that it was a "small industry" in Ireland in regards to available opportunities.

The former UCD, Drogheda United and Cork City boss was especially pleased with how his first game back went, having had limited time to work with the Athlone players.

"It was outstanding I thought. The players were, contrasting from last week to this week, looking at the game last week they looked a bit loose and open, whereas tonight (they were) really, really good.

"I think sometimes people say you get a new manager, you get a bounce, a reaction. But I think it was a bit more.

"I was really impressed and I thought when I came down on Tuesday, I said to myself, 'There's a lot of good players there' but maybe they just lost their way a little bit.

"You could see even in training that they're good and that's probably down to the (good work of the) previous manager, the way he was training them."