Remarkably Dundalk could find themselves in the relegation play-off if results go against them on Friday night.

While the Lilywhites performed admirably in Europe, and netted a much-needed cash windfall, defeats to St Patrick's Athletic and Derry City has seen them slip back to Finn Harps and Waterford.

With their squad now lower on quality and David McMillan the latest player to be on the sidelines with injury, there is pressure on to earn some points as soon as possible.

This is also a huge game for Drogheda. After looking like challenging for a European position, Tim Clancy's side have won just once in nine matches.

The improvement by the sides below them has shrunk the gap to the relegation play-off. The stakes are high in this 166th Louth derby.

Dundalk: Patrick McEleney, David McMillan and Darragh Leahy all miss out while Daniel Kelly is rated doubtful but new signings Cameron Yates and Sami Ben Amar are both included in the squad.

Drogheda United: Hugh Douglas and Mark Hughes remain sidelined. Chris Lyons is a slight worry but should be okay.

Vinny Perth (Dundalk manager): "People are pointing at the league table but I don't think the position of the two clubs is relevant at this moment in time because there are still 42 points to play for. The knock-on effect of the European run has left us with a lot of sore and wounded bodies so it suits us having just one game a week and being able to concentrate on one game at a time." 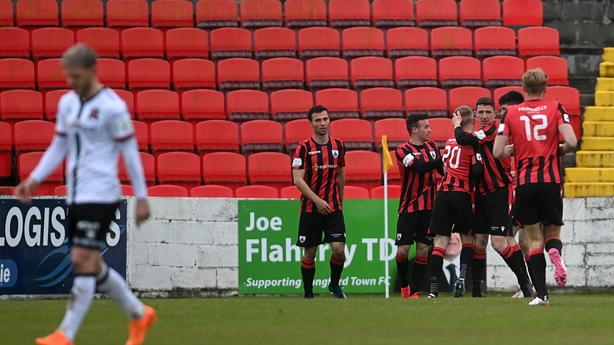 Longford Town are quickly running out of time in the Premier Division and it's fair to say this could be a last chance for Daire Doyle's men.

Now 14 points behind their nearest competitor Waterford, and without a win in 23 league games, it has been a long and punishing season.

The Blues' run of four victories in succession ended with a narrow loss in Inchicore but their position still looks very healthy.

Having fallen back to ninth place, this is a big opportunity to get back on track.

Waterford FC: Anthony Wordsworth is suspended while Paul Martin, Daryl Murphy and Oscar Brennan are out.

Longford Town: Dean Byrne (ankle) and Shane Elworthy (hamstring) remain on the injury list this for Longford this week.

Marc Bircham (Waterford manager): "Playing the teams around the bottom, like ourselves, Finn Harps, Longford, are often just as hard as playing the teams at the top. From what we’ve seen of Longford, they should have more points on the board because they’re a decent side so we’ll plan like always and look to win." 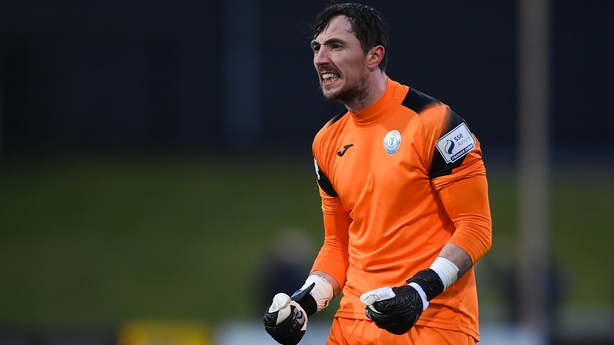 Times were tough in Dallybofey for the second third of the season, with consistency a major issue for Finn Harps.

After one win in two matches, away victories in Sligo and Longford have kept them ahead of Waterford going into tonight's games, and brought Dundalk and Drogheda into the mix.

Harps haven't won at home in four months and it won't be easy tonight against the title-chasing Saints.

While others have focused on Europe, Pat's have managed to not let a defeat in Tallaght put them off the rails.

Wins over Dundalk and Waterford has kept the Hoops in sight. It's going to be difficult to maintain the pace and games like tonight, when their rivals have a postponed fixture due to Europe, are critical.

A win will bring them level on points in first place again.

Ollie Horgan (Finn Harps manager): "Pat's are probably the side that have played us best this season, both here at Finn Park and when we went to Inchicore back in June.

"Unfortunately we are down a few bodies which makes our task all the more difficult. We were well beaten in both games, so we'll need to be at our absolute best and hope they’re having an off-night to have any sort of a chance of coming away with a result. They’ll be coming here expecting three points to keep the pressure on Shamrock Rovers who don’t have a game this weekend."

Stephen O'Donnell (St Patrick's Athletic manager): "Their confidence will be up. They did go through a bit of a lean spell, but they've won their last two games and as I said they will be sky high with confidence and looking forward to welcoming us up to Ballybofey. We just have to go again, show the same appetite and aptitude to work and we will see where that takes us."