Club record signing Lukaku - a £97.5m purchase from Inter Milan last week - is scheduled to join his new team-mates at Chelsea's Cobham training ground on Tuesday following a short spell in quarantine due to coronavirus rules.

Influential midfielder Kante, who was also sidelined for Saturday's thumping 3-0 victory over Crystal Palace, has been struggling with an ankle issue but is expected to make a swift return.

Blues boss Thomas Tuchel said: "We expect Romelu out of quarantine on Monday and on Tuesday he can join team training because Monday is our day off.

"We will prepare him to be ready for Arsenal and hopefully he can be on the pitch. We get the number one striker in and we want to have him on the pitch, this is very clear."

Kante was not risked against the Eagles after playing the opening 65 minutes of last week's UEFA Super Cup triumph over Spanish side Villarreal.

Speaking about the France World Cup winner, Tuchel said: "N'Golo felt discomfort in his ankle. He tried in the warm-up to the Super Cup match against Villarreal and he played a little bit with pain and overcame the pain.

"But he felt it again and we had to decide to take the responsibility and to take him out and not do any risk now in the beginning of the season.

"I think N'Golo will be back in the middle of the week to be ready for Arsenal." 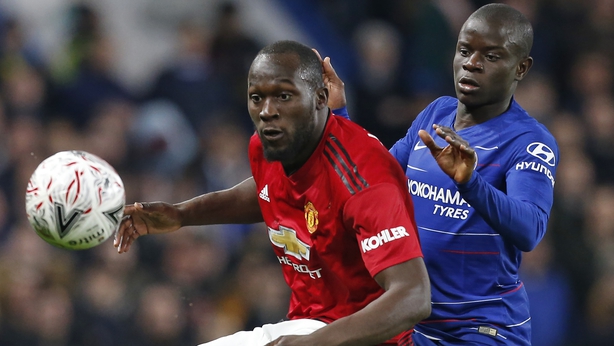 Chelsea did not suffer from the absence of the pair against Patrick Vieira's Palace as goals from Marcos Alonso, Christian Pulisic and top-flight debutant Trevoh Chalobah secured a routine win.

Belgium international Lukaku is preparing for a second Blues debut, having made 15 senior appearances during his first spell with the west London club between 2011 and 2014.

He won the Serie A title with Inter last term and Tuchel says the 28-year-old's presence provides options for a change of formation.

"We have now with Romelu, the chance to play also with two strikers like they did in Inter with him, or to continue with three strikers," said Tuchel.

"We will see now how this works out and who fights for the places around him.

"I think he will lift the pressure off the young guys' shoulders."