Gareth Bale returned to Real Madrid's starting line-up and Lionel Messi was introduced to Paris St Germain's fans as both clubs made winning starts to the new season.

Bale, who spent last season on loan at Tottenham, made his first start for Madrid since June 2020 under new manager Carlo Ancelotti and had a hand in their opening goal in a 4-1 win at Alaves.

The Wales forward's cross early in the second half was played on by Lucas Vazquez to Eden Hazard and the latter's flick-on was volleyed home by Karim Benzema.

Madrid extended their lead through Nacho's volley and Benzema's second and Joselu converted a 65th-minute penalty for Alaves before Vinicius Junior added a late fourth for the visitors. 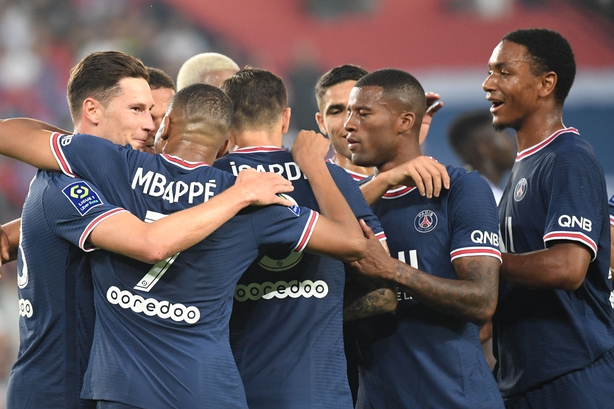 Messi and PSG's four other new signings - Sergio Ramos, Gianluigi Donnarumma, Georginio Wijnaldum and Achraf Hakimi - were all given a raucous reception when introduced to the Parc des Princes crowd.

Messi, who signed a two-year deal with the French club earlier this week following his emotional departure from Barcelona, was not included in the squad but watched PSG beat Strasbourg 4-2.

Mauricio Pochettino's side were 3-0 up at half-time thanks to goals from Mauro Icardi, Kylian Mbappe and Julian Draxler.

The night's three other La Liga fixtures all ended in draws, with Osasuna and Espanyol playing out a goalless stalemate in Pamplona.

Cadiz and newly-promoted Mallorca were both held to 1-1 home draws by Levante and Real Betis respectively.

Alfonso Espino rescued a point for Cadiz with an equaliser deep in added time after Jose Luis Morales had given Levante an interval lead.

Mallorca led at half-time through Brian Olivan, but were pegged back by Betis forward Juanmi's header.

In the day's other Ligue 1 fixture, reigning champions Lille were thrashed 4-0 at home by former manager Christophe Galtier's Nice.

Galtier led Lille to the title last season before departing to take charge of Nice and his new side raced into a 2-0 lead in five minutes through Denmark's Kasper Dolberg and Hichem Boudaoui.

Amine Gouiri converted a penalty in first-half stoppage time and Dolberg headed home his second after the break. 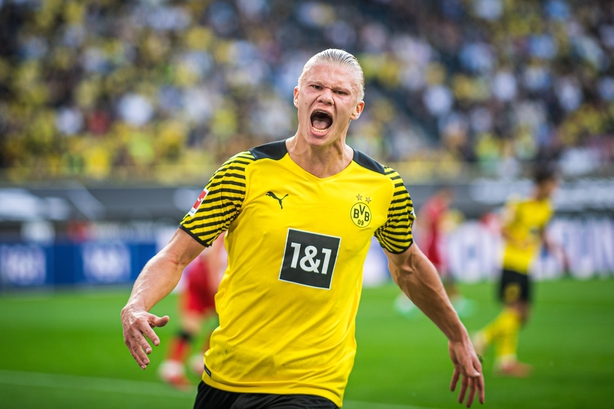 In the Bundesliga, Erling Haaland scored twice and made two assists as Borussia Dortmund cruised to a 5-2 home win against Eintracht Frankfurt in their opening league game.

Haaland set up goals for Marco Reus and Thorgan Hazard either side of Dortmund defender Felix Passlack's own goal before adding the home side's third before the break.

Second-half strikes from Giovanni Reyna and Haaland made it 5-1 before Jens Petter Hauge's late consolation for the visitors.

Newly-promoted Bochum and Greuther Furth both made losing starts to life in the top flight, losing 1-0 and 5-1 at Wolfsburg and Stuttgart respectively.

Bundesliga 2 champions Bochum played for 86 minutes with 10 men after the dismissal of midfielder Robert Tesche for handling in the penalty area and Wout Weghorst struck Wolfsburg's winner midway through the first half.

Hoffenheim made a winning start, running out convincing 4-0 winners at Augsburg.

Jacob Bruun Larsen headed Hoffenheim into an interval lead and Sargis Adamyan made it 2-0 with 12 minutes left before late goals from Georginio Ruttier and Sebastian Rudy.