While Bohemians' next assignment takes them to Greece for the UEFA Europa Conference League third qualifying round second leg against PAOK tomorrow, midfielder Dawson Devoy feels their experiences at the Aviva Stadium have been a highlight.

Bohs beat the highly-fancied Greek Superleague side 2-1 at the Aviva in the home leg last Tuesday, having already picked up wins at the venue against Stjarnan and Dudelange in the earlier rounds, with Devoy relishing those experiences.

The 19-year-old has been in stellar form, capped by winning the SSE Airtricity/Soccer Writers Ireland Player of the Month for July award.

"It's obviously great to win the award but it's down to the team's performances at the end of the day," he said.

"When the team's playing well, it's a lot easier for me to play well.

"But I'll just take it in my stride and see how far I can go really."

Devoy has been a key cog in the Bohs wheel as they drive on in the European qualifiers and his work in the engine room alongside Keith Buckley has been earning plaudits. 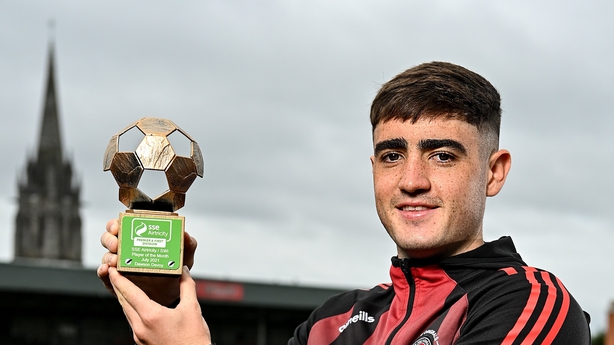 "I'm loving it in the middle of the park. Bucko's been great for me. He does a lot of hard work," he said.

"The games in the Aviva especially have been unbelievable. I mean playing on a pitch like that, you can't really have a bad game to be honest. I've been loving it.

"Obviously, you should be on your game in every game but I think in the Aviva in front of 8,000 Bohs fans, it's special.

"And the pitch as well... the pitch is like a carpet. We've all been playing well on it."

His performances have already earned Devoy consideration for the Republic of Ireland U21 squads and he is eyeing more international opportunities.

"Hopefully (I) get another call-up and see where that takes me," he said.

But in the shorter term, he is under no illusion about how difficult the second leg will be against PAOK as they try to reach the play-off round.

"PAOK are probably expected to go through but we're excited for it," he added.

And it won't be his first visit to Thessaloniki, having played away at PAOK for Bohs' U19s in the UEFA Youth League in 2019.

"It's a nice place. The stadium's really good. It was a few years ago so I can't really remember too much about it but I think there were a few fans in there that day and there will be a few more this time."