Newcastle have agreed a fee with Arsenal to sign midfielder Joe Willock, the PA news agency has reported.

Willock, 21, spent the second half of last season on loan at St James' Park, scoring eight goals as he helped the Magpies maintain their Premier League status.

His performances in the north-east saw him become Newcastle's main target for the summer and the PA news agency understands a deal between the two clubs has now been struck.

Willock was absent from Arsenal's matchday squad for their pre-season defeat to Tottenham on Sunday, with manager Mikel Arteta coy when asked about a potential move.

"With Joe will explain the reasons when we can," he said.

It is believed Willock is yet to agree personal terms with Newcastle, where he scored seven goals in seven games during a purple patch towards the end of last season.

The England U21 international made just seven league appearances for Arsenal during the 2020/21 campaign and was largely used during cup competitions since making his senior debut in 2017. 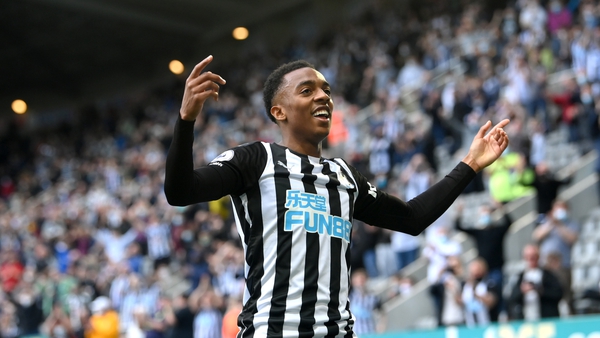 Bruce eager to sign Willock, but Arteta wants him back