The 23-year old defender, who has been linked with a €500,000 move to Celtic this week, was the star as Rovers scored another late, late goal to save the day and maintain their position atop the SSE Airtricity League Premier Division.

The result was the cruellest of losses for Longford Town who have proved formidable opponents in all of their games against Rovers this season. Both previous meetings this year were also settled in the Hoops' favour by injury-time winners.

Despite a spirited defensive display, Daire Doyle’s side remain without a win since their opening day victory over Derry City.

While Longford spent most of the first few minutes in possession, the Hoops were quickly able to stamp their authority on proceedings.

A series of early fouls on 17-year-old Aidomo Emakhu – who was trusted with his first-ever league start this afternoon – gifted Richie Towell and Graham Burke shooting opportunities from range. Burke's low-driven free-kick went closest to opening the scoring but ultimately flew just wide of the visitors’ net.

Burke, Rovers' top goal scorer this season, also nearly scored on 13 minutes but his shot was parried away by goalkeeper Lee Steacy.

Struggling to hold on to the ball, Longford did manage to create a chance on the break when Matthew O’Brien’s pass over the top unleashed Rob Manley.

Manley had a head start on the chasing defenders but Scales showed incredible recovery pace and perfectly timed a tackle to sweep away the danger.

That was as close as Longford got in the first half as Stephen Bradley’s side became increasingly greedy in possession.

Clear cut chances, however, were hard to come by as Longford packed men into their backline, limiting the hosts to a string of long shots and free-kicks.

As the second half started, Rovers recommenced their waves of attack on the Longford defence. However, Doyle’s side remained resolute, repelling each wave with determined headers and hooked clearances.

Hoops boss Stephen Bradley made a string of substitutions midway through the second half, introducing an abundance of creativity in the form of Rory Gaffney, Dylan Watts, Danny Mandroiu and Ronan Finn.

There were audible groans as the 1,500 home fans in attendance grew more frustrated with each attacking breakdown.

Burke, who threatened throughout the match, again nearly opened the scoring on 87 minutes when he managed to find the space to shoot inside the box. However, Steacy was well-positioned to get his body behind the Irish international’s powerful effort.

The visitors strived to halt their opponent's rhythm, particularly taking their time over throw-ins and goal kicks when the opportunity allowed.

Six minutes were added as a result but when Mandroiu struck a furious shot from distance – the home side’s efforts were getting more and more desperate.

Again the hosts kept coming, Burke had a shot saved and hit the post in separate chances in the 93rd minute.

Then, finally, in the 95th minute – just as it looked like it may not be Rovers’ day – they snatched another characteristic late goal.

It was a quick throw-in from the right-hand side which allowed Sean Hoare to whip in the cross. Scales jumped highest to turn it home and send the Rovers fans in attendance into pandemonium.

It was an apt finish on the defender’s birthday, allowing him to steal the headlines for his performance on the pitch rather than for the question marks surrounding his future. 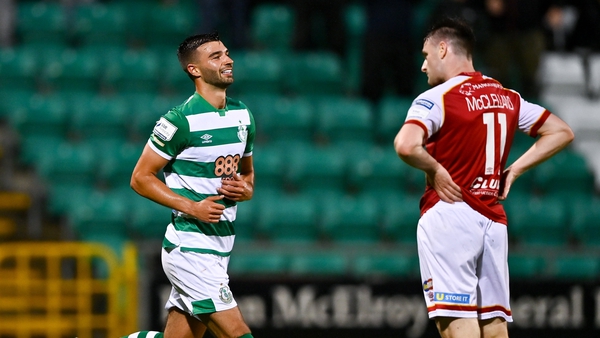 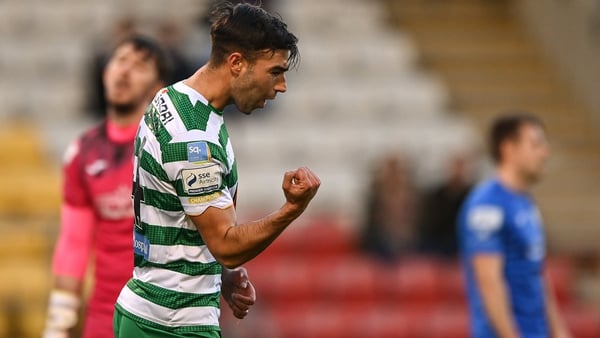 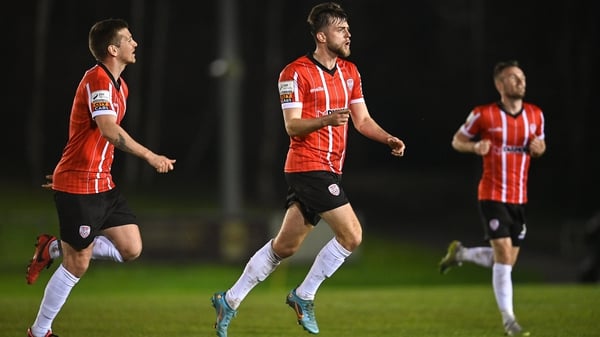 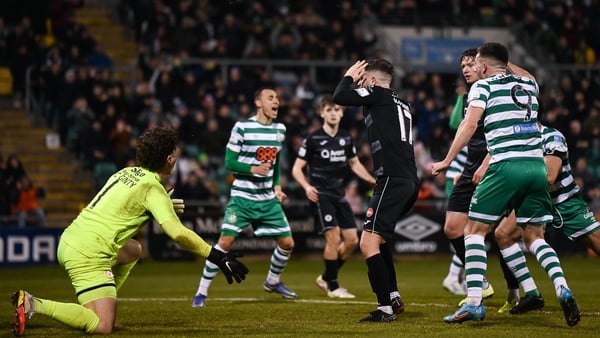 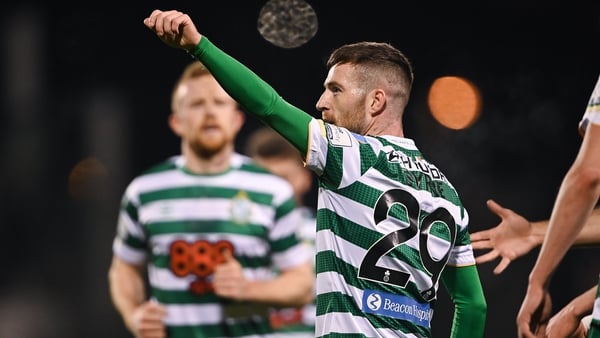 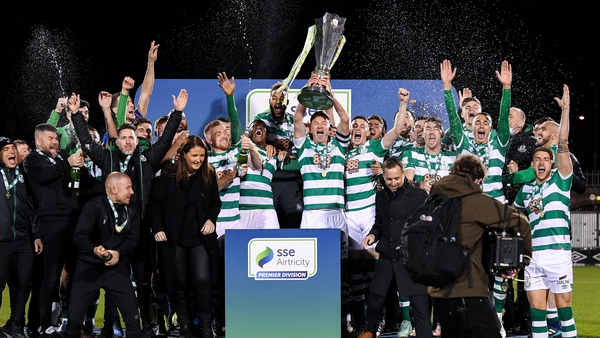