Ronald Koeman has described Lionel Messi's Barcelona departure as "still hard to understand" as the Nou Camp club prepare to officially bid farewell to the superstar on Sunday.

It was announced on Thursday the six-time Ballon d'Or winner would not sign a new contract with his boyhood club, with president Joan Laporta saying a day later that the former regime at Barca in addition to La Liga spending rules had thwarted any hopes of the Argentinian staying in Catalonia.

Messi, who has been heavily linked with a move to Paris St Germain, had been set to remain at the Nou Camp but is now a free agent and the 34-year-old will hold a press conference on Sunday at 11am BST.

Reflecting on the shock news that Messi will be leaving, Barca boss Koeman said on Twitter: "Still hard to understand that you will not play for FC Barcelona anymore.

"Thanks for everything you have done for our club Leo. I really enjoyed the full season we worked together.

"I am impressed with your work ethic and desire to win. It makes you the best player in the world. For now, I wish you and your family the best!" 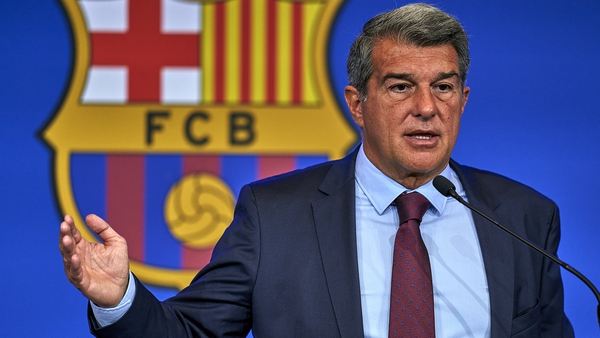