Title rivals Peamount United and Shelbourne remain neck and neck at the top of the SSE Airtricity Women's National League as both sides earned away wins on Saturday.

Roche would find the net again on 85 minutes in between a second half double from Doyle.

Meanwhile, Jessica Ziu scored the winner for Shelbourne in the second half as the Dublin side won 2-1 at Galway WFC. 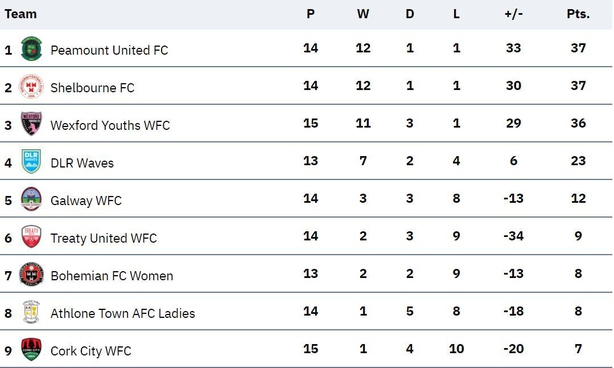 Keeva Keenan gave Shels the lead from distance 10 minutes before half-time. But the home side levelled on 68 minutes through Lynsey McKey before Ziu scored a crucial winner for the visitors just one minute later.

Elsewhere, third-placed Wexford Youths kept themselves just one point behind the top two after a 1-0 win at Bohemians through Kylie Murphy's 34th minute goal.