Having completed the signing of Borussia Dortmund winger Jadon Sancho in a £73million deal last week, the 28-year-old is set to be the next arrival.

United have confirmed an agreement has been reached with Real Madrid for long-standing defensive target Varane to head to the Premier League.

The Old Trafford giants said in a statement: "Manchester United is delighted to announce the club has reached agreement with Real Madrid for the transfer of French international defender and World Cup winner, Raphael Varane, subject to a medical and to player terms being finalised."

It is not expected that Varane would be able to undergo a medical until next week due to current UK coronavirus travel restrictions.

We have agreed a deal in principle for the transfer of @RaphaelVarane to United! ??????#MUFC

The transfer is reportedly worth £34million rising to £42million with add-ons – a good deal for a player who was out of contract with the La Liga side next summer.

Varane won four Champions League titles during a medal-laden stay at the Bernabeu and was a key part of the France side that lifted the World Cup in 2018.

United had been interested in the defender before he joined Madrid from Lens in 2011, making 360 appearances across all competitions in Spain. 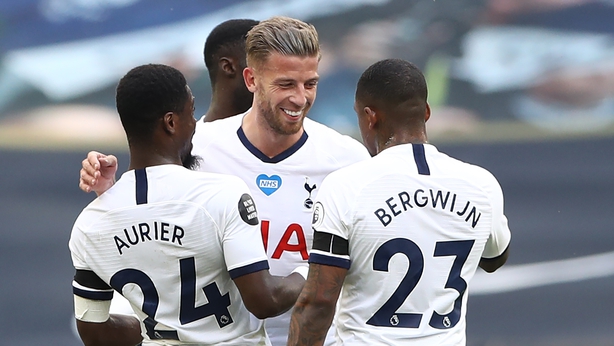 The 32-year-old Belgium international had two years left on his contract but was keen to leave this summer and has moved to the Middle East for a fee believed to be £13million.

Alderweireld made 236 appearances for Spurs after joining from Atletico Madrid in 2015.

A Spurs statement said: "We have reached agreement with Al-Duhail SC in Qatar for the transfer of Toby Alderweireld.

"We wish Toby all the best for the future."

The sale represents a good piece of business by Spurs, who recouped a good chunk of money for a 32-year-old and he follows stalwarts Danny Rose and Erik Lamela out of the club this summer as they look to rebuild their squad.

"Six years, two homes, a Champions League final and so many memories," the defender said. "You made me feel a part of your club from the moment I walked out at White Hart Lane and roared us on, no matter what, into our new, special stadium.

"Thank you first to the fans and then to my team-mates and every incredible member of the Spurs staff, backroom and beyond. This club will always be in mine and my family's heart."

Spurs are looking to replace Alderweireld and are in negotiations with Atalanta for Christian Romero.

They have already brought in Atalanta goalkeeper Pierluigi Gollini and Sevilla winger Bryan Gil, with Lamela moving the other way.

RTE Sport · RTÉ Soccer Podcast: Dawson Devoy – Should he stay or should he go?