The 18-year-old joined from Dungannon in 2019 and has been converted into an attacking full-back having started off as a forward.

The Tyrone man is currently training with Jurgen Klopp's pre-season squad in Austria and played in a friendly against Stuttgart last week.

Elsewhere, Tottenham have signed winger Bryan Gil from Sevilla with Erik Lamela joining the Spanish club as part of the deal.

Gil, 20, has agreed a contract until 2026 at the Tottenham Hotspur Stadium. 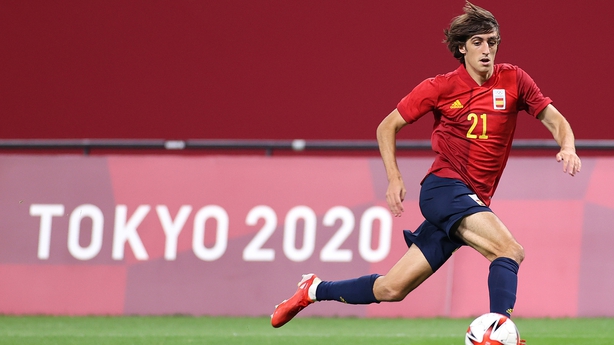 He will link up with his new team-mates at the conclusion of the Olympics in Tokyo, where he is representing Spain.

The move brings an end to Lamela's eight-year stint at Spurs.

The 29-year-old Argentinian joined from Roma in August 2013 and made 257 appearances in all competitions.

Spurs said on their website: "A club man through and through, we wish Erik all the best for the future."

Meanwhile, Manchester United are getting closer to a deal to sign Real Madrid defender Raphael Varane following positive talks over the weekend.

While the 28-year-old France centre-back has returned to pre-season training with Real, a switch to United is looking increasingly on the cards as discussions continue.

Varane has a year left on his current contract with Real, who he joined from Lens in 2011.