Finn Harps needed extra-time to secure a path into the second round of the FAI Cup after Fairview gave a sterling account of themselves in Limerick on Saturday evening.

Despite their lack of competitive minutes due to the pandemic, the FAI Junior Cup holders held firm for 94 minutes before Sean Boyd eventually broke the deadlock and an own goal confirmed their fate with just minutes remaining.

Barry McNamee nabbed a third in the dying seconds to add an exclamation point.

Ollie Horgan's charges came into this cup tie on somewhat of a slump after flying out of the blocks in the SSE Airtricity League Premier Division at the start of the campaign.

They’re now seven on the bounce without a victory – five losses and two draws in that run – having most recently lost out to Dundalk last weekend.

You wouldn’t be called foolish for thinking the FAI Cup could provide some level of relief for them, but each of their last three defeats in this competition came at the hands of either Dundalk and Shamrock Rovers. Prior to that, they were knocked out just a few hundred yards down the road at the Markets Field in 2017.

But Fairview have a decorated history in national competition themselves, albeit in the junior ranks.

No side have won more FAI Junior Cups than the Limerick outfit – their ninth title coming in last year’s competition.

Harps threatened often early on, but not sincerely enough to find the breakthrough.

A collection of shaky moments from Fairview goalkeeper Aaron Savage meant that the Donegal men could have found the opener, though.

First he was lobbed by eight-goal Adam Foley after overcommitting to gather a through ball only to be saved by the post, before seemingly going in two-footed after being dispossessed.

It wasn’t all one-way traffic, to the Limerick outfit’s credit. Shane McEleney partnered Dave Webster in the heart of defence – and while experienced, they lack pace.

Former Limerick FC winger and Irish underage international Ross Mann frequently caught them for pace and won multiple set pieces to at least issue some level of danger to the League of Ireland side. None of them however would trouble the 39-year-old debutant Ger Doherty.

As the heat picked up, Harps did too, but through a variety of good saves from Savage, various parts of the goalframe and a bit of luck, they couldn’t hit the front.

Barry McNamee was the best player on the pitch, but he cut a frustrated figure and Ryan Connolly’s bite off his team mates as extra-time approach summed up their lack of movement off the ball.

Within four minutes of extra-time, Sean Boyd found the net.

Adam Foley, who’s only been outscored by Chris Lyons and Georgie Kelly this season in the top tier, saw his shot blocked but it fell kindly to his strike partner to roll past Savage.

That lead was doubled just minutes from time courtesy of an own goal that was probably harsh on the hosts – and Barry McNamee added gloss thanks to a calm finish with virtually the last kick of the game.

Longford Town advanced to the second round when they proved too strong for a battling Bangor GG side at Bishopsgate on Saturday night.

The home side took the lead in the 17th minute through Dean Williams, but it took a Dylan Grimes penalty 25 minutes from the end to effectively end the game as a contest.

Darragh Nugent found the back of the net, while late finishes from Callum Warfield and Aaron O'Driscoll put a gloss on the scoreline. 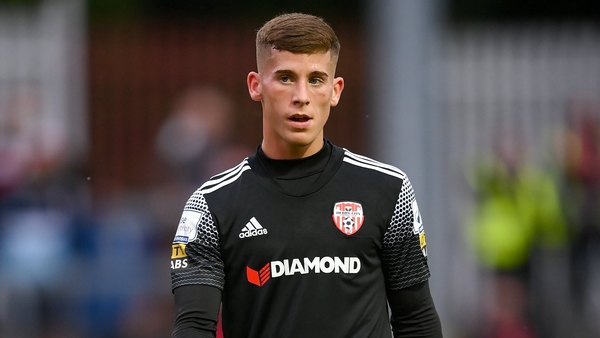