Everton have signed winger Demarai Gray from Bundesliga side Bayer Leverkusen on a three-year contract.

Financial details of the transfer were not disclosed but British media said Everton paid around €1.86m for Gray.

The former England Under-21 international started his career with Birmingham City in 2013 before moving to Leicester City three years later. He was part of Leicester's Premier League-winning team in the 2015-16 season.

The 25-year-old left Leicester for Leverkusen in January this year and made 12 appearances for the German outfit in the 2020-21 season, scoring once.

"I'm delighted to be back in the Premier League at such a big club and I'm excited to play with the team and get to work," Gray told evertontv from the club's pre-season training base in Florida.

"Speaking to the manager [Rafa Benitez] and [director of football] Marcel Brands, I had a really good feel for the club and I feel this is a place where I can continue to develop." 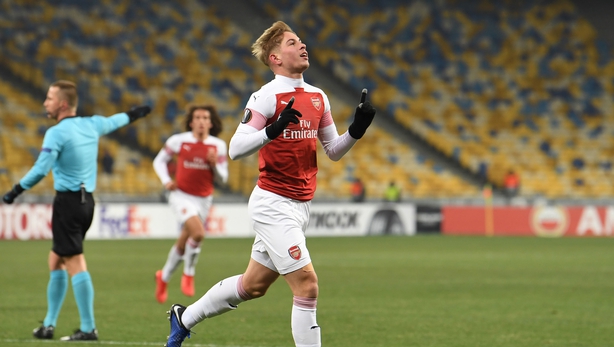 The 20-year-old youth product, who joined the club at the age of nine, made 33 first-team appearances during a breakthrough campaign last season.

As is club policy, the length of the new contract has not been made public but the news could put an end to speculation linking other clubs with the attacking midfielder.

Recent reports had suggested Aston Villa were bidding to sign the England Under-21 international.

Arsenal have also announced Smith Rowe, who has also had loan spells at Huddersfield and Leipzig since making his senior debut in 2018, will now take the squad number 10.

French defender Florian Lejeune has rejoined Alaves on a permanent deal from Newcastle.

The 30-year-old returns to the Spanish outfit after a successful season-long loan last term.

Lejeune joined Newcastle in an £8.7million deal from Eibar in 2017 but was hampered by two serious knee injuries during his time at the club.

He made 46 appearances for the club in all competitions.