At just 16 years of age, Jamie Mullins scored on his full debut as Bohemians had to come from behind against bottom-of-the-table Longford Town at Dalymount Park.

The point cements Bohemians' fourth place in the SSE Airtricity League Premier Division table ahead of their trip to Luxembourg to meet Dudelange in the Europa Conference League second round on Thursday.

An encouraging performance it may have been, but without a win now in 20 games since the opening night of the season, Longford slip eight points adrift at the bottom.

Following their convincing 3-0 win over Icelandic side Stjarnan at the Aviva Stadium last Thursday, Bohemians boss Keith Long rotated his squad with no fewer than eight changes to his starting XI.

Included in that making his full debut alongside Mullins, who played in the No 10 role behind Bastien Héry, was winger Robbie Mahon, who turned 18 last month.

Starting on the front foot, Longford troubled Bohemians on five minutes, Dean Williams turning sweetly from a Dylan Grimes free kick to see his shot deflected for the first corner of the game.

But it was visiting goalkeeper Lee Steacy who had to make the opening save of the afternoon when turning a Conor Levingston drive round a post.

Levingston should then have done better than head wide from Keith Ward's cross seconds later as Town failed to clear the initial ball into their area.

Longford had appeals for a penalty ignored on 19 minutes when Williams went down in the box after minimal contact from Gypsies’ skipper Rob Cornwall after the home side had given the ball away cheaply.

Back at the other end, Bohemians would then be left bewildered as to how they weren’t ahead on 29 minutes following a triple chance.

Left-back Anto Breslin overlapped to whip over a cross which saw Rory Feely power a header off the crossbar.

Levingston met the loose ball with another header which Steacy brilliantly touched away. Levingston’s second follow-up was then blocked by Aaron O’Driscoll. 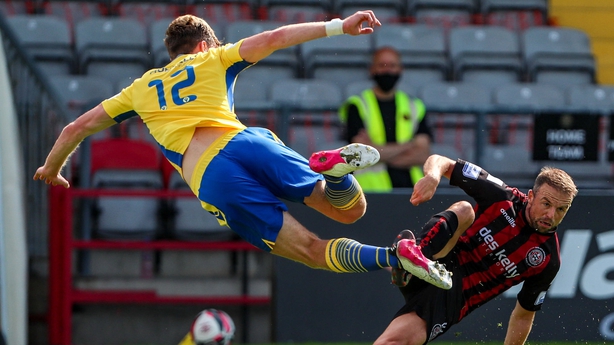 There was drama at the other end a minute after that as Dervin’s thumping free kick came off the outside of a post before the visitors took the lead on 38 minutes.

Shane Elworthy got forward from right-back to arc a superb cross into the near post where Rob Manley arrived to score with a fine dining header, his third goal of the season.

Ward and Buckley were involved with Mullins taking the latter’s pass, slaloming past three Town defenders to crack a shot past Steacy for a wonderful first goal for the club. At 6,106 days old he became the club's youngest ever scorer in the League of Ireland.

Both sides had chances to win it, Dylan Grimes flicking wide at one end before Lyons brought a tipover save from Steacy with Kelly then heading over at the death. 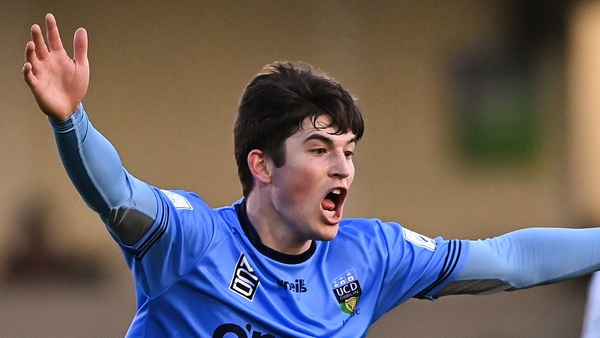 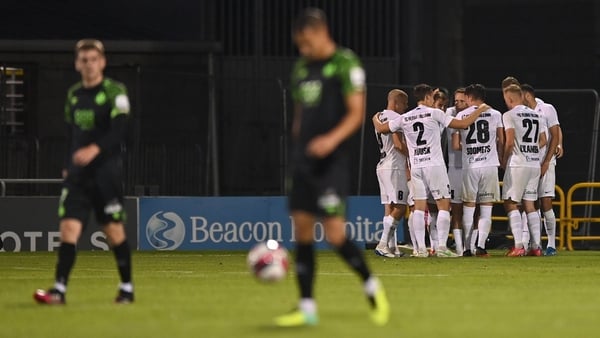