Keith Long hailed a "brilliant" night for Bohemians in Europe as Dawson Devoy once again showcased his sparkling talent.

A first visit to Lansdowne Road in 29 years saw the Dalymount club claim a 3-0 win over Icelandic side Stjarnan and book their place in the second round of the Europa Conference League.

A Georgie Kelly brace, plus a strike from Liam Burt, set up a meeting with Luxembourg outfit Dudelange next week and a guaranteed €300,000 for participation in round two.

On a night where Bohs made progress in Europe for the first time since 2008, it was Devoy who really caught the eye.

The 19-year-old midfielder was the youngest player on the pitch, but was a class above throughout, setting up Kelly for his first of the night and a threat throughout.

Controlling a game like that at 19 years of age, it only bodes well for his future

Keeping hold of him may prove to be a challenge for the League of Ireland club, and Long was fulsome in his praise post-match.

"Dawson is a very level-headed young lad, nothing seems to faze him," Long told RTÉ Sport. "The bigger the occasion, the bigger performance it would seem. He's got a big future ahead of him in the game.

"Controlling a game like that at 19 years of age, it only bodes well for his future.

"He’s an exciting talent and he’s ambitious. He wants to play at the highest level his ability will enable him. We are delighted to have him, and have him orchestrating the team." 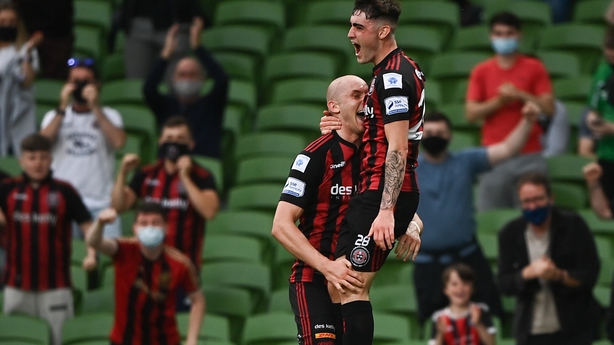 Despite their superiority in terms of possession, it took the home side until the 33rd minute to open up Stjarnan, when Kelly got on the end of a cross by Devoy. A minute later and the same combination saw the deadlock broken.

Less than 10 minutes after the resumption, the contest was effectively put to bed.

"It was a good performance, particularly second half. I thought we took the game to them," Long said.

t's a brilliant night for the club

"We felt their strategy was to drop off, get bodies behind the ball. The question was, could we open them up?

"After the second goal, we never really looked back and could have got a few more. It’s a brilliant night for the club." 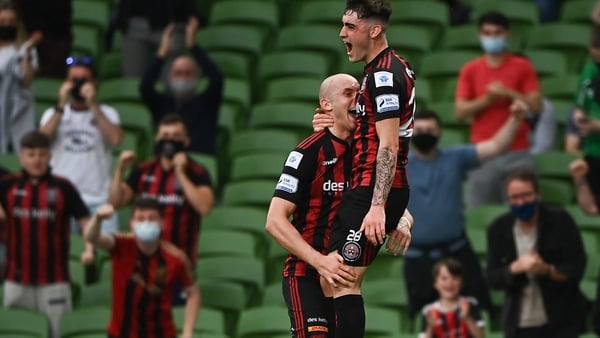