England defender Tyrone Mings has hit out at the British Government's Home Secretary Priti Patel, saying she cannot "pretend to be disgusted" over the racist abuse sent to England footballers after she "stoked the fire" a few weeks ago by describing players taking the knee as "gesture politics".

Marcus Rashford, Jadon Sancho and Bukayo Saka were subjected to racist online abuse after missing from the spot in the penalty shoot-out defeat to Italy in the Euro 2020 final at Wembley on Sunday evening.

Patel, who suggested a few weeks ago that fans had a right to boo players for taking the knee, tweeted on Monday morning that she was "disgusted" at the abuse, and Mings took to Twitter on Monday evening to call her out given her earlier stance.

The Aston Villa centre-back posted: "You don't get to stoke the fire at the beginning of the tournament by labelling our anti-racism message as 'Gesture Politics’ & then pretend to be disgusted when the very thing we’re campaigning against, happens."

The abuse was roundly condemned by figures from within the sport on Monday as well as the British Government, including the Home Secretary.

Patel tweeted on Monday morning: "I am disgusted that England players who have given so much for our country this summer have been subject to vile racist abuse on social media.

"It has no place in our country and I back the police to hold those responsible accountable."

The England team experienced boos before Euro 2020 when they took the knee before two warm-up games at the Riverside Stadium in Middlesbrough.

It prompted manager Gareth Southgate and Prime Minister Boris Johnson to urge supporters not to boo the anti-racism gesture.

But Patel at the time told GB News she does not "support people participating in that type of gesture politics".

Speaking on 15 June, he said: "I mean we spoke, actually she invited me on to a Zoom call once, where she seemed so interested and engrossed in the players’ point of view and what we could do more to tackle these sort of issues.

"But at the same time, everybody’s entitled to their own opinion and the Home Secretary is one of many, many people that oppose us taking the knee or refuse to defend it." 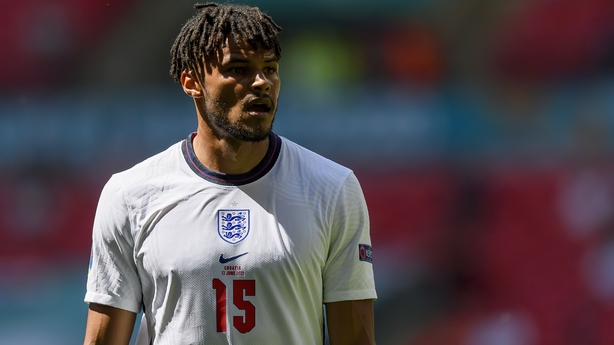 Reflecting on the overall tournament, the 28-year-old said he was not surprised to see Rashford, Sancho and Saka become victims of racist abuse.

"I’m still struggling to find the words to express my emotions from the past month," Mings wrote on Twitter.

"I’m so proud of everyone who has contributed to the joy and togetherness this team has bought to millions. We have celebrated, smiled, cried and cheered together and for that, I’m so so proud.

"But waking up today and seeing my brothers being racially abused for being brave enough to put themselves in a position to help this country, is something that sickens, but doesn’t surprise me.

"We have literally made history. We’ve gone where no one else has gone. Take that in."