On their return to the Champions League after a gap of nine years, Shamrock Rovers fell to an away defeat to Slovan Bratislava in sweltering conditions at the National Stadium in Slovakia.

In truth, it could have been much worse for Stephen Bradley's side and they have their keeper Alan Mannus to thank for keeping their faint hopes of progression alive, with a terrific penalty save in the final minute of injury-time.

It was redemption of a sort for Mannus, who was slightly culpable for the concession of the first goal of the evening.

The Premier Division champions started reasonably brightly and created the first proper chance of the game, Sean Gannon being found in yards of space at the box, controlling deftly with his instep before shanking his volley well wide of the far post.

After a sluggish opening, the favourites gradually found their groove. Shortly before the half-hour mark, they hit the front.

De Marco was found on the left wing, he lofted in a cross, Rafael Ratao rose above Grace, nodded a downward header goalwards, it was almost straight at Mannus but the Hoops keeper allowed the ball through him, perhaps impeded by the sunshine blinding him at that end.

The visitors enjoyed plenty of possession for the remainder of the half, without creating anything resembling a clear-cut chance. Rory Gaffney was found in the box around the 40th minute after a decent period of build-up play, the centre-forward controlling well but the opportunity was snuffed out before he could properly crack a shot away. 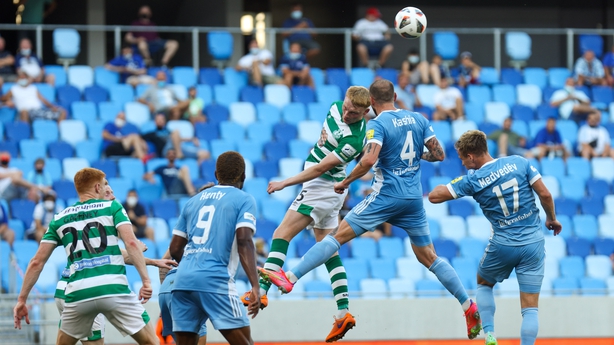 If the first half was relatively even, the second was more of an ordeal for Stephen Bradley's side.

It could hardly have started worse, Ratao grabbing his second to double the home side's lead. Once more, it was a highly frustrating goal for the Irish champions to concede.

Slovan, starting energetically, played a one-two on the edge of the box, getting to the end-line inside the box. Rovers had plenty of defenders in attendance and the attack appeared to have run aground but it somehow squirted through a forest of legs, Ratao reacting quickly to swivel and drill his shot under Mannus' body from very close range.

The hosts had the ball in the net again shortly afterwards but fortunately the ref spotted Henty catching Lopes with his elbow before lashing his half-volley inside the near post.

Shamrock Rovers were thoroughly under the cosh and barely fired a shot in the opening shot of the second half but they did rouse themselves around the hour mark.

The best they could do was a couple of half-chances. Ronan Finn, found in space 30 yards in space, curled his shot disappointingly over the crossbar.

A few moments later, there were greater possibilities. Gaffney, collecting a pass with his back to goal, threw a nice feint to wrong-foot the defending players and drove towards the penalty area, slipping a pass laterally to Towell and continuing his run.

Sean Gannon had made a great run on the overlap, attacking the right side of the penalty box but Towell didn't appear to notice. He forsook the passing options and opted to fire away his own shot, which was straight down the throat of keeper Chovan.

With the heat still oppressive, Bradley opted for a triple substitution shortly before the 70-minute mark, Mandriou, Burke and Watts all sent for.

After that short period of up-tempo play, the closing stages were about limiting the damage to 2-0. Slovan Bratislava manager Vladimir Weiss, a familiar face to Irish football fans as a former Georgia manager, brought on his son Vladimir Weiss Jr.

The younger Weiss proceeded to fritter away a couple of chances to really put the tie beyond Rovers.

Again struggling against the Slovakian side's high pressing game, the Rovers defenders were stripped of possession high up the pitch. The ball fell to Weiss in space and he drove towards, evading the despairing tackle of Lopes.

Bearing down on goal, he attempted to dink his shot over Mannus but the Hoops keeper wasn't thrown, reacting well to save with his right-hand, the Slovan rebound whacking off Weiss himself, whose momentum had carried him into an offside position.

With time almost up, Slovan had the chance to put the tie almost out of sight.

Rovers were again caught in possession, the home side on the counter, a through ball found Weiss in space, he drove into the box, had his legs clipped by Finn and the ref pointed to the spot.

Weiss stepped up himself, Mannus dived to his right, making an excellent save, springing to his feet in time to smother the rebound, diverting it out for a corner.

Before the corner could be taken, the ref called a halt. A difficult game for Shamrock Rovers ended on an uplifting note. 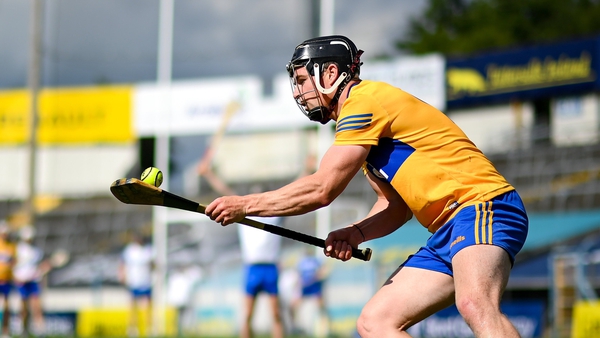 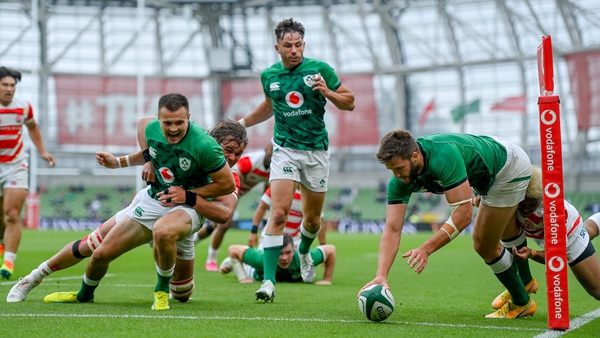