Manchester United have confirmed that the club has reached an agreement with Borussia Dortmund to sign Jadon Sancho.

The €85m deal is nearing completion after months of United being linked with the 21-year-old attacker, who is currently on duty with England at Euro 2020.

United said in a statement on Thursday afternoon: "Manchester United is delighted to announce it has reached agreement in principle with Borussia Dortmund for the transfer of Jadon Sancho.

"The signing is subject to contractual terms and a medical, which will be completed after Jadon's involvement in the UEFA European Championship."

We have agreed a deal in principle for the transfer of Jadon Sancho to United! 🔴⚪⚫#MUFC

Dortmund also confirmed the agreement a statement on their official website: "Jadon Sancho is close to (a) move from Borussia Dortmund to Manchester United. This is today's agreement of both clubs and the player in principle.

"Upon realisation of this transfer Manchester United will pay BVB a fixed transfer compensation in the amount of €85m.

"The contractual details now have to be coordinated and completed. Moreover, the formal processing of the transfer is still subject to the successful completion of all necessary medical tests and examinations, a coordination procedure with the player’s previous club and the proper and timely processing in accordance with the provisions of the FIFA transfer matching system."

Sancho was part of Manchester City’s academy before leaving the club to sign for Dortmund in August 2017. He has made 137 appearances in all competitions for the German outfit, scoring 50 goals.

Speculation had been rife last summer that he would be headed to Old Trafford, but no transfer materialised at that point.

This deal would see Sancho, who has scored three times in 20 senior international appearances, become the second most expensive Englishman behind Harry Maguire, who United signed two years ago from Leicester for £80m.

Dortmund, who finished third in the Bundesliga and won the German Cup, were eliminated by City in the Champions League quarter-finals last term.

Locatelli drills home his and Italy's second. The Azzurri look to be cruising into the last 16. #ITA 2-0 #SUI

Arsenal have made a "concrete offer" for midfielder Manuel Locatelli, according to Sassuolo's sporting director.

Locatelli is currently with Italy at Euro 2020, helping the Azzurri reach the quarter-finals where they will face Belgium on Friday.

The 23-year-old came through the youth ranks at AC Milan before joining Sassuolo, initially on loan ahead of a permanent move.

Sassuolo sporting director Giovanni Carnevali confirmed the Gunners were frontrunners to complete a summer move for Locatelli, who has also been attracting interest in Serie A.

"Juventus are the only Italian club we talked to about Locatelli. We met last week with (Juventus sporting director Federico) Cherubini," Carnevali said to Sky Italia.

"There is interest from their side, we haven’t explored all the terms and evaluations, but we have an excellent relationship with Juventus, so we will continue these talks."

Carnevali added: "It’s true that other clubs from abroad are interested, Arsenal are one of these and they are ahead of everyone else because they have made us an important proposal.

"Indeed up to now they are the only club which has presented a concrete offer."

Arsenal boss Mikel Arteta is looking to rebuild the squad following last season’s eighth place in the Premier League, which saw them miss out on European football.

A reported £40m offer for Brighton defender Ben White is believed to have been turned down and the Gunners have also been linked with Benfica left-back Nuno Tavares and Anderlecht’s Sambi Lokonga. 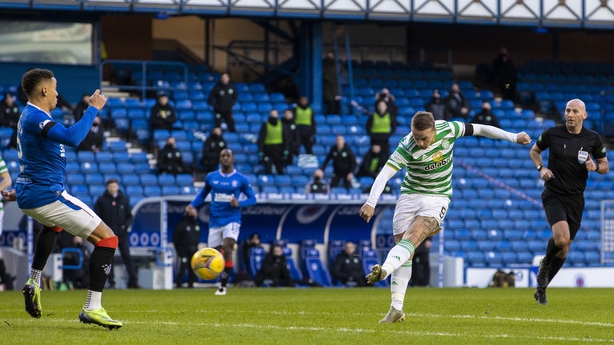 Leigh Griffiths has vowed to do everything he can to bring back success to Celtic after agreeing a one-year contract extension.

There was some doubt about the 30-year-old striker's Parkhead future following a frustrating 2020-21 campaign spent mainly on the bench as the Hoops finished the season trophyless.

Griffiths, who has scored 123 goals in 261 appearances for Celtic since signing from Wolves in January 2014, missed out on a place in Scotland’s Euro 2020 squad and recently became embroiled in a public spat with Neil Lennon, with the former Celtic boss doubling down on his criticism of the forward’s fitness last summer.

However, new manager Ange Postecoglou has given Griffiths a chance and the Parkhead attacker told the club’s official website: "I am delighted to extend my time at the club.

"Celtic is a club I love and I want to do all I can to play my part again in bringing success to our supporters. I’m looking forward to the season ahead and working with the new gaffer and the rest of the lads.

"It is an exciting time for the club and I wanted to be part of the club’s future. I’ll be doing everything I can to help us get back to where we all want to be."

Postecoglou said: "I am really pleased to keep Leigh with us for another season at least. I have had very positive conversations with Leigh and he clearly understands my expectations and more importantly the club’s.

"Leigh has already proven himself as one of the top strikers in Scotland and I look forward to working with him so that we can bring success to Celtic Football Club." 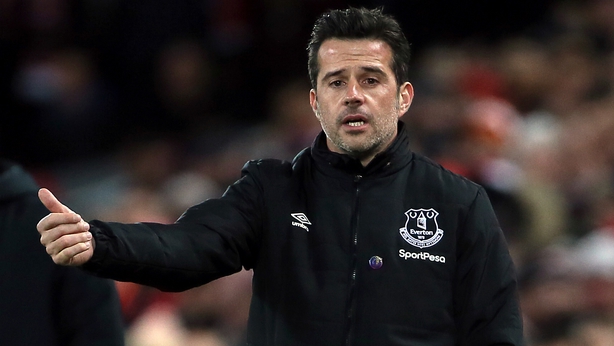 Marco Silva is understood to be a strong contender for the vacant manager's role at Fulham.

Scott Parker was appointed Bournemouth boss on Monday after leaving west London club Fulham by mutual consent, despite having two years remaining on his contract at Craven Cottage.

Fulham were relegated from the Premier League last season after finishing in 18th place, 11 points adrift of safety and with just five wins to their name.

Parker had led Fulham back to the top flight at the first attempt following their relegation in 2019 when the former England midfielder was in temporary charge.

Silva has managed at Watford, Everton and Hull and has been out of work since he was sacked by the Toffees in December 2019.

While at Goodison, Silva guided Everton to an eighth-placed Premier League finish in his first season, but was dismissed following a 5-2 defeat by local rivals Liverpool.

Silva’s first job in England was at Hull, where he took over in January 2017, but after the club were relegated to the Sky Bet Championship the Portuguese manager resigned.

Stuart Gray, who had been a senior head coach of the Fulham first team under Slavisa Jokanovic, returning for a second time in early 2019 to assist Parker, has been taking training at Motspur Park, with the squad arriving for the first day of pre-season on Monday.

The 27-year-old, who has previously played for Watford and Blackburn, has signed a 12-month deal at the Mornflake Stadium with an option for an extension.

Hoban, who helped Aberdeen to a fourth-placed finish last season, is the Railwaymen's fourth signing of the summer after Kayne Ramsay, Shaun MacDonald and Christopher Long.