The Portuguese replaces Jose Mourinho, who was sacked way back on 19 April, bringing an end to a chaotic recruitment process.

He has penned a two-year deal at the north London club.

"When you have a squad with quality and talent, we want to make the fans proud and enjoy," he said.

"It's an enormous pleasure and honour (to be here), there's joy and I'm happy and looking forward to starting work.

"We don't have any days to lose and we must start working immediately as pre-season starts in a few days."

Nuno left Molineux at the end of last season and will stay in the Premier League after incoming football managing director Fabio Paratici persuaded chairman Daniel Levy to give him the job.

It is understood Levy had some misgivings about the Portuguese's style of play at Wolves, having been so vocal about the need for a new manager to play "attacking" football.

His appointment brings to an end a frenetic - and at times farcical - search for Mourinho's successor.

Spurs courted former boss Mauricio Pochettino and then, with the imminent arrival of Paratici, turned their attention to former Chelsea boss Antonio Conte.

Talks were quickly shelved after it was clear Conte did not fit the profile and former Roma boss Paulo Fonseca - who Mourinho is replacing in the Italian capital - was set to get the job.

However, with contracts drawn up, Spurs again pulled the plug in favour of Gennaro Gattuso, only for the former AC Milan and Napoli boss to be immediately discarded after a strong fan reaction.

Attention then turned to Nuno and, after Paratici did his bidding with Levy, he has got the job.

He has been available since May after his four-year stint at Wolves ended.

The 47-year-old took over in the summer of 2017 and immediately led Wolves out of the Championship before delivering two seventh-placed finishes in the Premier League.

They also made the Europa League quarter-final in 2019-20 but the loss of Diogo Jota and a serious injury to Raul Jimenez saw the midlands club slump to a 13th-placed finish last season. 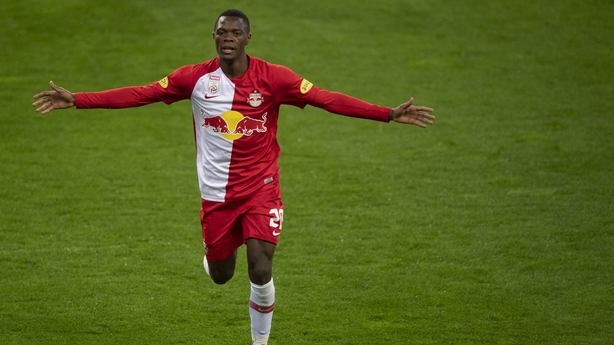 Meanwhile Patson Daka will complete his move to Leicester City from RB Salzburg on Thursday.

The 22-year-old striker will join the Foxes on a five-year deal, subject to Premier League and international clearance, for around €26.5 million.

He told lcfc.com: "I'm so, so excited to join this great, historic club. It has been my dream and I'm so happy and looking forward to what's coming next.

"I have followed Leicester from the time they won the league. I feel it is the perfect place for me, because it's a team that fights for titles. I know it's not going to be easy, but I feel ready to face this new challenge.

"I will give my best for the club each and every day, and I look forward to seeing the Leicester City fans inside the stadium soon."

Daka helped the Austrian side to four successive league titles and a total of seven trophies in four seasons.

He scored 27 times in just 28 league appearances last term to finish as the Austrian Bundesliga's top scorer and was named the top flight's player of the season.