St Patrick’s Athletic have moved top of the table after reeling off three wins since the defeat to Dundalk prior to the mid-season break.

The Saints have scored nine goals in those matches and have been impressive in reaching the summit on goal difference.

Waterford have continued their progress under Marc Bircham and last week’s victory in Longford was a significant one.

They moved four clear of the opposition at the bottom of the table and Finn Harps are now just seven points away.

It had looked certain Waterford and Longford would fill the bottom two places but it will be fascinating to see if they can continue their progress.

St Patrick’s Athletic: Shane Griffin (shoulder) is the only absentee

Marc Bircham (Waterford): "We were happy to get another win on the board in Longford on Monday night. Everyone put in a massive shift up there and it paid off with another three points. That's all I can ask of them.

"It's another quick turnaround for Friday against St. Patrick’s Athletic, but the lads have been working hard all week in training. Recovery has been massively important over the last two weeks with a few games but everyone is looking after themselves and training has been good since Monday’s win.

"They [St Pat’s] are top of the league and are playing some good football. It’s going to be tough but the confidence among our squad is growing; you can see that day on day. We’ve taken two wins from our last three games so we’ll keep focusing on ourselves and keep pushing to pick up points."

Stephen O’Donnell (St Patrick’s Athletic): "I'm really happy with the way we've come back since the break, the players have been working really hard. I'm delighted with their attitude and they way they've trained and that has carried over for the most part into the games. We've got three wins from three since the break and now we go into a tough game against Waterford.

In recent times, they've beaten Dundalk and Oriel Park and had a good win away to Longford on Monday. The are rejuvenated and reenergised and they are a lot fitter under Marc Bircham than they were previously.

They are a young, talented squad and are playing with a lot of enthusiasm and their confidence is going to be very high after their recent wins. We are going to have to be at our best to get anything out and the game and try to finish off a busy week on a positive note." 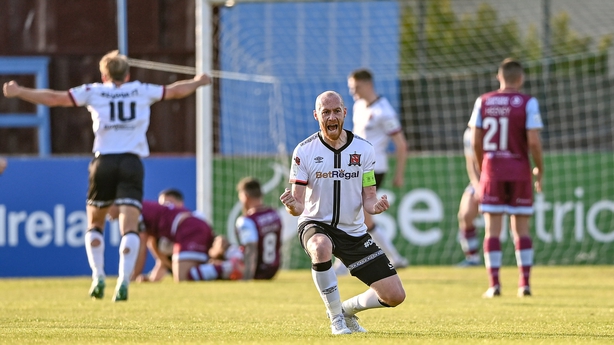 Chris Shields will bring the curtain down on his glittering Dundalk career tonight as Derry City visit Oriel Park.

Shields is on the move to Linfield in the latest sign of changed times at the Louth club.

The midfielder waves goodbye with the Lilywhites in seventh place but boosted by last Monday’s derby win over Drogheda United.

It remains possible they can make a charge at the top four positions with a run under Vinny Perth.

Matches such as these will tell a lot. Derry extended their unbeaten run to seven games when a deflected Ronan Boyce effort secured a point against Sligo Rovers.

The Candystripes are just ahead of the home side in the table.

Derry City: Derry boss Ruaidhri Higgins has a full squad to chose from with no new injury worries.

Vinny Perth (Dundalk): "When it comes to the league table, I'm certainly not going to set any targets or goals at the moment. I like doing that for players to chase but until I fully assess the squad, I don’t know where we can end up.

"It’s a competitive season this year and there will be games won and lost by every team. We have already seen that. Bohs had a bad start and are now on a great run and Sligo, St Pat’s and Shamrock Rovers have all been top of the league.

"I always felt it was going to be a very competitive league and there wasn’t a real gap between top and bottom and it has played out that way."

Ruaidhri Higgins (Derry City): "Sligo come here challenging at the very top of the table and we know how good a side they are. They have great options at the top end of the pitch, but then so do we."

"It'll be great to have a few more supporters in too and hopefully they can lift us the same way they did against Bohs."

"We’re genuinely looking forward to the game- that comes with confidence- and we’ll be doing everything we can to pick up another three points." 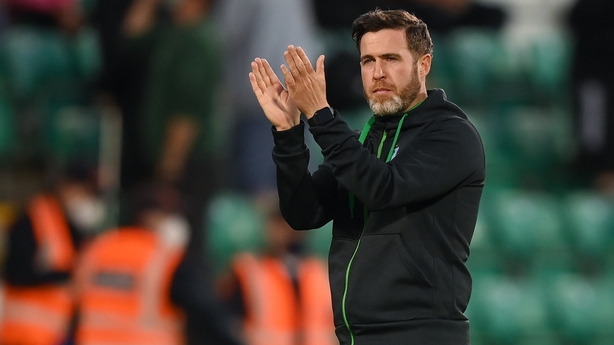 Shamrock Rovers are still not firing on all cylinders after third defeat of the season arrived last Monday.

The fact it occurred against Bohemians made it even more painful. Eight points from their last seven matches is not title-winning form.

It’s not just St Pat’s and Sligo Rovers in contention, with Bohs climbing the table, so the Hoops will be keen to put a run of wins together soon.

Drogheda have hit a slump as well after back-to-back losses allowed the teams below to cut the gap on the them. This is a big fixture for both sides to try to return to form.

"They have some really good players in the attacking part of the pitch and I'm sure they'll come to Tallaght looking to win the game, so it's going to be a difficult game, but one we will be ready for." 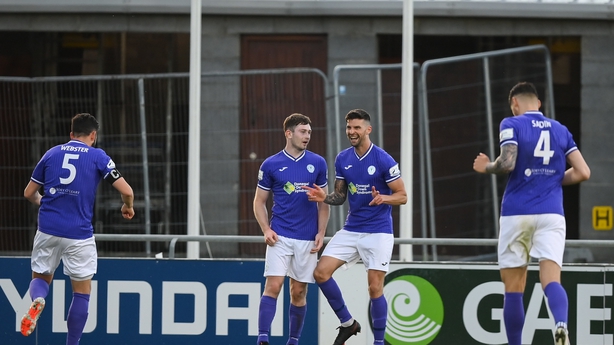 Worries are increasing for both of these sides ahead of the fixture. Harps had been enjoying a great season but the inability to back up one-off results, and the teams around them enjoying doing so, has seen them slip to eighth in the table.

They remains clear of Waterford but this is a massive encounter in the relegation scene.

Longford have picked up four points from their last 15 matches. Despite all

Finn Harps: Karl O'Sullivan is once again available for selection having missed Monday’s clash with St. Patrick’s Athletic through suspension.

Longford Town: Longford will be without defender Michael McDonnell who is suspended after being sent-off last time out.

Ollie Horgan (Finn Harps): "Longford are a damn good side, as are all the teams in the Premier Division. We got a draw there earlier in the year which looks like a good result at the minute.

"They ran riot up in Dundalk there last weekend and came away with a draw and were unlucky not to take all three points. There are some fine footballers in that squad at both ends of the pitch, especially on the attack and they'll present a very tough task now on Friday."