Olivier Giroud came off the bench to score twice in France's 3-0 friendly win over Bulgaria after Karim Benzema hobbled off to give Didier Deschamps an injury worry for Euro 2020.

After Antoine Griezmann put France in front midway through the first half with a deflected bicycle kick, Benzema was replaced with 41 minutes gone after taking a blow to his right leg - one week before their opening fixture against Germany.

But Giroud made the most of his opportunity as he scored twice in the last 10 minutes to put a gloss on the scoreline in France's final match before the tournament begins. 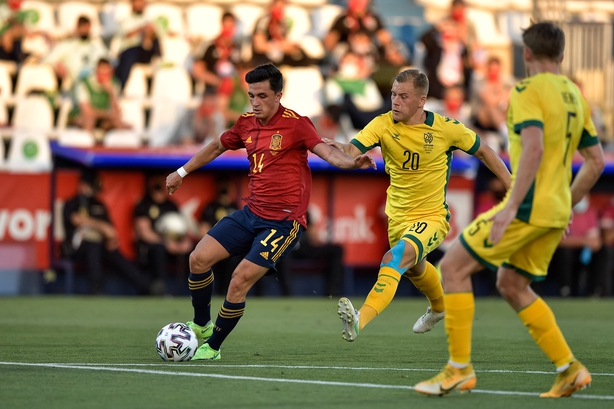 A makeshift Spain side cruised to a 4-0 win over Lithuania.

With the Euros squad in isolation after Sergio Busquets tested positive for Covid-19, the under-21s stepped in to offer some cause for celebration.

Hugo Guillamon and Brahim Diaz had Spain 2-0 to the good by the break, with Juan Miranda and Javier Puado adding to the score in the second half.

Second-half goals from Lukas Masopust and Ondrej Celustka fired Czech Republic to a 3-1 win over Albania.