Scotland set themselves up for the 2020 European Championships with a 1-0 win over 10-man Luxembourg but it could have been so much more comfortable.

Following an encouraging 2-2 draw with Holland in Portugal last Wednesday, a Che Adams goal gave Steve Clarke's side victory in their final friendly at the Stade Josy Barthel.

Adams’ winner came in the 27th minute before home defender Vahid Selimovic was shown a straight red card by referee Eldorjan Hamiti in the 33rd minute for a 'last man’ foul on Lyndon Dykes.

The second half brought a debut for Rangers' 19-year-old right-back Nathan Patterson and more chances, but they were passed up although there was concern that substitute Billy Gilmour had to go off injured following a challenge.

The Scots will start preparing for their opening group game against Czech Republic at Hampden Park on 14 June.

There is optimism among the Tartan Army who look forward to their first major finals since the 1998 World Cup in France.

Clarke, as expected, rang the changes. David Marshall, Stephen O’Donnell, Patterson, Grant Hanley, John McGinn and Adams had been left behind in Spain, where the Scots’ training camp had been based, as a precaution after John Fleck tested positive for Covid-19.

All but the Sheffield United midfielder returned to the squad – he continues to quarantine – and aside from Patterson, they all came back in.

Skipper Andy Robertson, Kieran Tierney, Callum McGregor and Dykes were the only survivors from the starting line-up against the Dutch and there was a disjointed look about the Scots from the start.

In the eighth minute, following a corner, Marshall dived low to his left to make a terrific save after the ball came off defender Hanley.

The Scots worked their way into the match and in the 15th minute Robertson’s cross found Dykes whose header beat keeper Anthony Moris but hit the post with the home side clearing to safety.

In the 26th minute Adams misjudged a Tierney cross 10 yards from goal but did much better a minute or so later with his next opportunity.

Dykes took a pass from right-back O’Donnell and drove into the Luxembourg box before setting up Adams to side foot the ball past Moris from 12 yards for his second Scotland goal in four games.

The hosts were then reduced to 10 men when Selimovic panicked after Dykes raced past him and on to an Adams pass, by grabbing at the QPR striker and there was no surprise when he was sent packing, with Scott McTominay curling the resulting free-kick from 25 yards over the bar.

Gilmour and defender Scott McKenna came on for the start of the second half.

The 19-year-old Chelsea player, making only his second appearance, came close with a drive within three minutes.

Moris made saves from McGinn, twice, and Gilmour, while Dykes handled a cross when it looked like he could have headed it.

In the 64th minute Patterson replaced O’Donnell with Ryan Fraser on for Robertson.

Adams had the ball in the net from a Fraser cross in the 68th minute but was penalised for a push.

Luxembourg substitute Olivier Thill, just on, might have got a red instead of a yellow for a shuddering challenge on Gilmour which shook the young Scot who was replaced by James Forrest.

Dykes headed Fraser’s delivery past the post when he should have hit the target and McTominay and Adams missed further chances.

The two warm-up matches are over. Now, after a 23-year-wait, Scotland get ready for major finals. 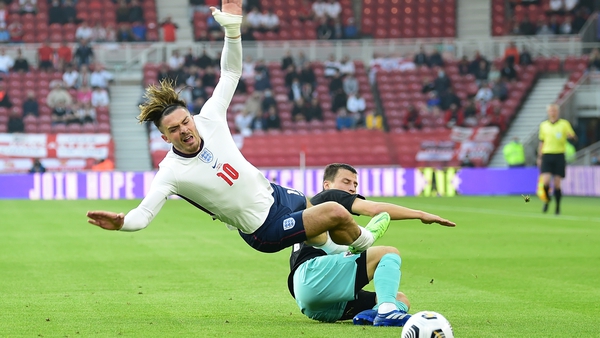