Bukayo Saka's first England goal gave Gareth Southgate's side a 1-0 victory over Austria as they kicked off their countdown to Euro 2020, but but they suffered an injury setback as Trent Alexander-Arnold limped off late on.

The Liverpool player appeared to have pulled a thigh muscle with nobody near him as he kicked the ball with his left foot. He was then booked for returning to the pitch without permission, with England having used up all their substitutes and left with 10 men.

ITV television speculated he had mouthed 'it's gone' as he finally came off.

"It's not a good sign to see him have to walk off as he did," Southgate told ITV television. "We'll know more in the next 24-48 hours.

"Let's see how Trent is first and then we'll go from there," the manager added when asked about possible replacements, with the tournament starting next week. 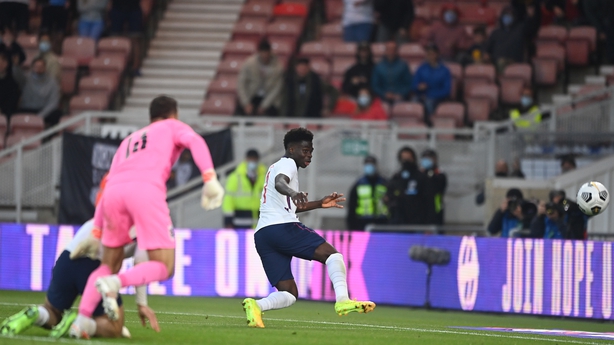 Saka struck in the second half of the Three Lions' first warm-up match at the Riverside Stadium.

He won it after 57 minutes when Jesse Lingard's pass, after Jack Grealish's surging run, was poked into his path and he finished into an empty net from an angle.

Everton's Ben Godfrey and Brighton's Ben White made their Three Lions debuts, despite missing out on the main Euro 2020 squad, while Trent Alexander-Arnold was forced off injured late on.

Marcel Sabitzer hit the crossbar after 65 minutes for the visitors while Michael Gregoritsch headed an excellent late chance wide and White cleared Alessandro Schopf's shot off the line in stoppage time.

Netherlands captain Memphis Depay equalised with two minutes remaining to grab a 2-2 draw and deny Scotland a surprise win at the Estadio Algarve in Portugal.

Depay scored both goals for his team but the result was a major psychological boost for Scotland with both countries preparing for the European Championship.

Scotland, without seven players following a positive Covid-19 case at their training camp in Spain, led after 11 minutes through a rasping shot from Jack Hendry and went 2-1 ahead after 63 minutes when Kevin Nisbet tucked away a cross from Andy Robertson on the left. 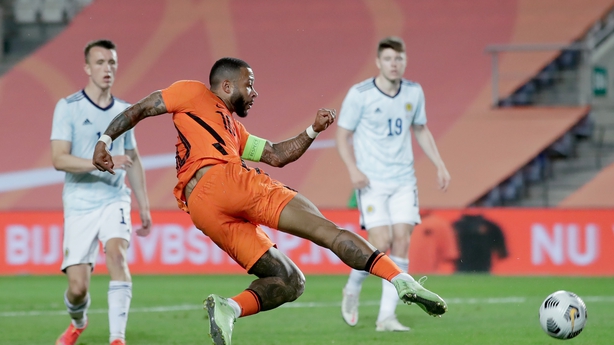 The Dutch had equalised six minutes after Scotland's opener when Depay struck home a left-footed volley after being cleverly set up by captain Georginio Wijnaldum's deft header.

Wales fell to a 3-0 Euro 2020 warm-up defeat to France after Neco Williams' controversial red card left them playing with 10 men for more than an hour.

Kylian Mbappe, Antoine Griezmann and Ousmane Dembele made France's numerical advantage count as Wales went into damage limitation mode on a night in Nice which proved anything but pleasant for the Dragons. 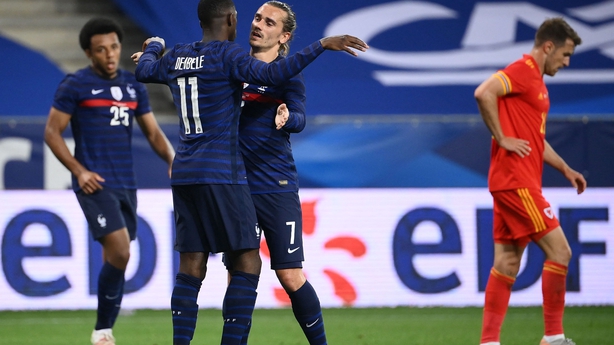 It seemed a harsh decision, but Williams now looks set to miss Wales' final pre-Euro 2020 friendly against Albania in Cardiff on Saturday through suspension.

Benzema saw his resulting spot-kick saved by Danny Ward, but the outcome was inevitable from that point as the world champions revelled in the extra space created by Williams' departure.