The 61-year-old Italian signed a four-and-a-half year contract at Goodison Park when he took over in December 2019.

But the club has confirmed that he is leaving after 18 months in charge to replace Zinedine Zidane in the Spanish capital. The Spanish giants said Ancelotti had signed a three-year deal.

An Everton statement said: "Everton can confirm that Carlo Ancelotti has left his position as manager to take up the role of Head Coach at Real Madrid."

Ancelotti said: "I would like to thank the Board of Directors, the players, and the Evertonians for the tremendous support they have all given me during my time at the Club.

"I have complete respect for everyone associated with Everton and hope they can achieve the exciting opportunities they have in front of them.

"While I have enjoyed being at Everton I have been presented with an unexpected opportunity which I believe is the right move for me and my family at this time."

Everton thanked Ancelotti for his service to the club over the past 18 months and said they would begin the process of appointing a new manager immediately.

Zidane resigned as Real manager last week after they failed to win a trophy during the 2020-21 season.

Ancelotti, who guided Everton to a 10th-placed finish last season, managed Real between 2013 and 2015.

His departure means Everton are looking for their sixth permanent boss in five years.

David Moyes has already been linked with a return to the Merseyside club, but it is understood that he is still close to signing a new three-year contract with West Ham.

Moyes, who guided the Hammers into next season's Europa League, has already triggered a one-year contract extension. 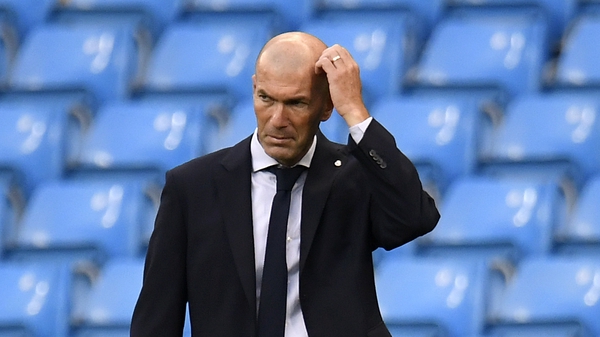 Zidane says Madrid's lack of faith led to his departure